2016 will be the busiest Ibiza year yet 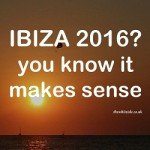 Whilst speaking to a lot of different people over the last few weeks, it seems that bookings are already up for hotels, hostals and villas across the island with tickets to the few events announced already selling like hot cakes.

Off the back of Ibiza’s busiest season yet in 2015 with over 6.4 million passengers travelling through the airport and an ever growing winter season with passengers up by 17% in December, it seems that 2016 will surpass these figures once again.

There are several reasons for this and although some show a darker side of the world and its current problems Ibiza is seeing a silver lining to these.

Ibiza’s tarnished image is, thankfully, slowly being chipped away at as year on year more visitors come to the island and return home with excellent reports and reviews of their adventures.

Those of you who read the blog regularly will know I found Ibiza late in life and although on our first trip we were a little nervous and concerned, it was completely unfounded.  We fell in love with the magical isle vowing never to go anywhere else. 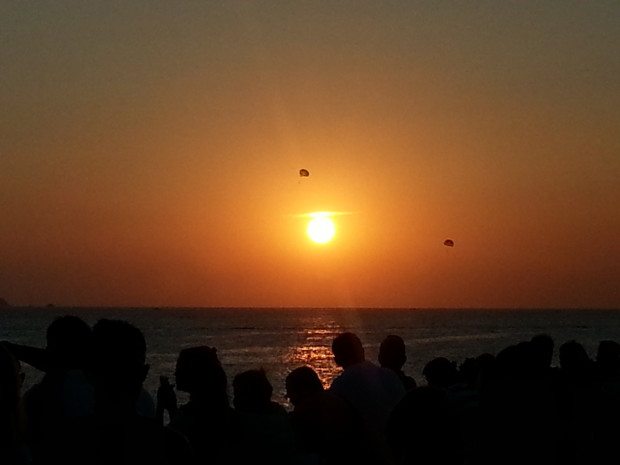 Where I found my love for Ibiza, watching the sunset with thousands of others.

With hotel and bar owners renovating many premises and the growth of the VIP sector attracting hoards of stars from the big and small screen, Ibiza is becoming the place to go.

As the “if its good enough for them it’s good enough for us” mentality slowly takes over, Ibiza’s image is improving every year with a broad range of holidaymakers taking the step to visit the island for the first time.

This year will also see an improved summer flight schedule with Ryanair now having a base at Ibiza airport providing more European connections than ever before and increased flights from the UK. Wizz Air have also recently announced a new weekly service from Budapest this summer to Ibiza.

As far as the Winter season goes even with the lack of UK regional flights people are finding the quiet yet warm embrace of Ibiza the perfect place to have some real downtime. Many more hostals, hotels and restaurants are opening all year round and with plenty of local culture, fiestas, cycling and walking on offer this is a slowly growing market and likely to expand further in 2016. 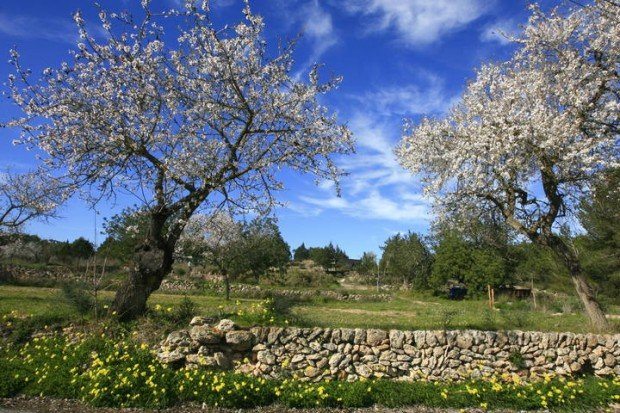 The Almond blossom in February is a beautiful sight to see while exploring Ibiza.

With recent atrocities at many popular tourist destinations Turkey, Egypt, Tunisia and the shocking images seen from the Greek islands last year of immigrants risking everything to escape Syria and other Middle Eastern Countries people this year seem to be returning to known holiday hotspots where they feel safer.

Egypt for example is very popular with the Germans and the Russians and we have already seen a rise in people coming to the blog from these countries obviously checking out the options available to them.

With so much on offer Ibiza has it all to truly seal itself as a worldwide tourist destination.

From its clean perfect beaches to the escapism of the north and the party driven south, with everything in between for all ages and all budgets, it seems that 2016 will be the islands busiest yet.

tagged with 2016 will be the busiest Ibiza year yet. Ibiza, Ibiza 2016, Ibiza for all. Ibiza on a budget, Perfect all year round, Worldwide Destination