A visit to Tanit’s Cave Ibiza by Tanya Taylor 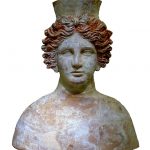 A visit to Tanit’s Cave

Even if you haven’t a clue who Tanit is, I’m sure if you’re a regular visitor to the island then you would’ve caught her name in passing at some point.

Her legacy can be found all over the island in the names of Bars, Hotels, Restaurants, there’s even a driving school named in her honour.

Tanit is a Goddess, more specifically, she is the Goddess of Ibiza. It was the Phonecians, some of the first settlers on the island who brought her here way back in the fifth century BC.

She was a great Goddess of her time and worshippers turned to her for protection, strength in war and for blessings in love and fertility.  A sensual lady but you wouldn’t want to mess with her.

She encourages feminine power and it’s believed that she’s the reason why there are so many powerful, successful women in Ibiza today.

Ladies, this is certainly a woman you should to pay homage to and don’t worry guys, Ibiza also has a male icon. His name’s Bes and he’s responsible for singing, dancing, parting and good times.

If you want to truly understand why the ancient Goddess Tanit is so influential in Ibiza then you should definitely put a visit to her shrine on your travels. It can be found in the furthermost reaches of San Vicente, northeast of the island. 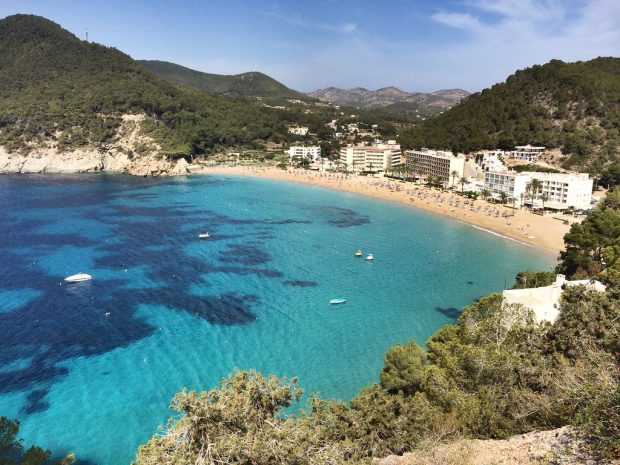 Here it’s nestled securely in the rolling hills, overlooking the sea and the small private island of Tagomago. It’s hidden inside a cave and evidence shows that she’s been worshipped here for a staggering 2500 years.

Inside the cave, there’s an original altar still standing strong regardless of the passing of many centuries. This cave lay undisturbed for a very long time and was rediscovered by some local children in 1907.

The children had been out playing in the hills and they returned with a bunch of figurines they’d found. It turns out that these were terracotta busts of Tanit. Further excavations of the cave unearthed hundreds of these tiny Tanit statues as well as charred animal bones which often indicate the practice of sacrificial rituals.

These and other Tanit artifacts can be seen in the archaeological museum in Ibiza Town. History tells us that this was a very important religious site to the early people of Ibiza.

This is Tanit’s cave, officially known as Cova des Culleram. It’s better to visit the cave in the morning because that’s when you can go inside. In the afternoon it’s locked up and you can only peep in through the bars and the experience isn’t anywhere near as special.

The opening times are from 10 am to 2 pm and it is closed on Mondays. There’s no charge to enter the cave but you can leave a donation towards the upkeep if you wish. 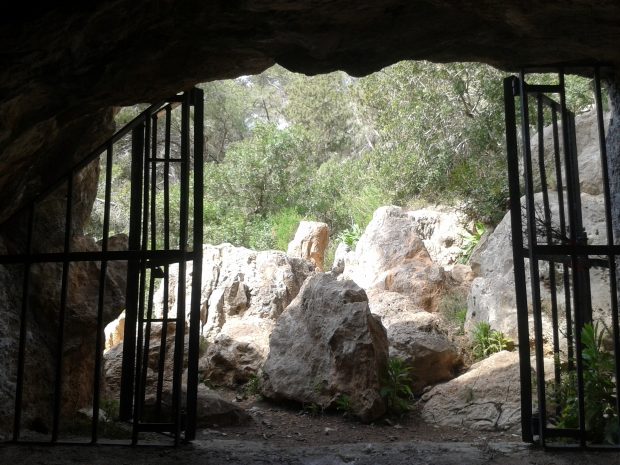 The Entrance to Tanit’s cave

Amazingly, many people still pilgrimage to the site to pay their homage and respects to the great Goddess of Ibiza. Increasing trends of spirituality

on the island have brought Tanit once again to the forefront of minds and have inspired a new wave of her worship.

Getting to the shrine isn’t for the faint-hearted, the road is very narrow and winds steeply up into the hills. The cave is only accessible by foot and takes about twenty minutes to walk there from the car park.

It’s a very beautiful walk with spectacular views that are indeed, fit for a Goddess. The path is mostly shaded by pine trees but at one point they open up to reveal a sweeping horizon view, a really nice place to take photos and also to have a little rest. 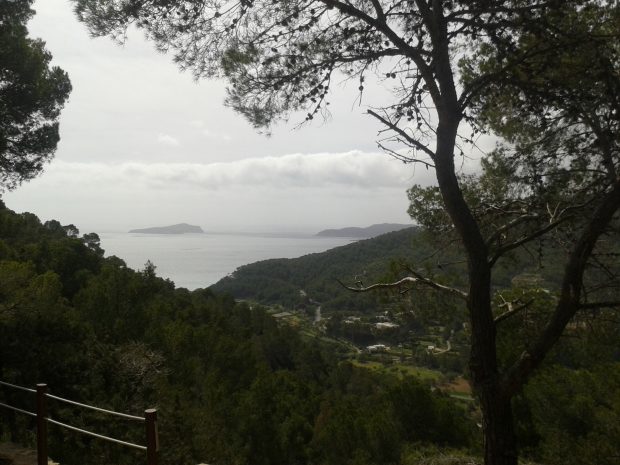 The views on the way to Tanit’s cave

The path is quite steep in parts so be sure to take plenty of water and decent shoes.

The cave looks tiny from the outside so it’s very surprising when you squeeze in through a narrow tunnel to emerge into the very spacious main chamber.

It’s cool and dark inside but small lights have been installed to reveal the impressive altar in the middle and ancient stalactites draping down the walls.

Sitting proudly at the centre of the stone altar is a bust of the great lady herself littered with offerings and small trinkets. There are even notes from people declaring their devotion, seeking advice and asking for protection. 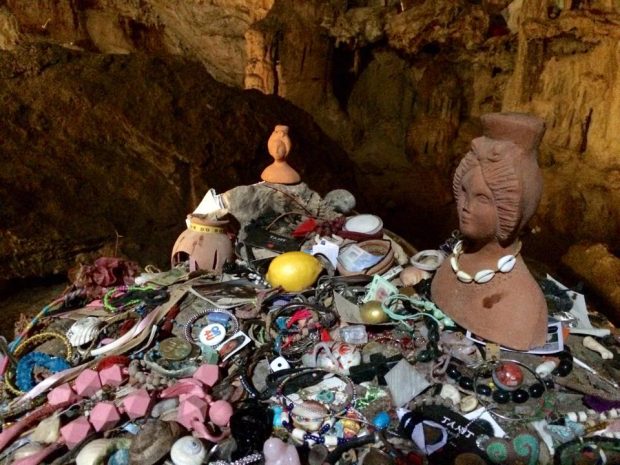 Tanit’s shrine within the cave

It’s a very moving sight and you can’t help be left in respectful, spiritual silence. Being inside the cave, staring at Tanit in the gloom and shadow, knowing that people were standing here doing exactly the same thing thousands of years before, it’s a pretty profound experience.

The ceiling of the cave is still charred from rituals performed here, It definitely gives  you goosebumps and a sense of the deep history of Ibiza. If you’re feeling curious and brave you can also explore the other chambers of the cave.

They’re pretty small so it takes only a few minutes to walk around them. When you emerge again into the daylight the world seems bright and glaring.  It takes a few minutes for the eyes to adjust to the light and your mind to settle back into the present day.

You probably won’t spend more than an hour at the cave so make sure to take your beach gear and check out Cala San Vicente nearby.

It’s easy for the island’s history and traditional culture to get lost amidst the hedonism but it’s there, apparent for anyone who’s looking.

The great Goddess Tanit has refused to become lost though, she still has a huge influence in Ibiza and her followers have been unfaltering for thousands of years. I guess you never would’ve thought you’d find primitive deity worship on your travels to Ibiza, but there you have it.