Animals of Ibiza by Tanya Taylor 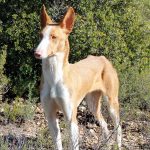 The animals of Ibiza are not an obvious feature in the landscape and could be completely overlooked if you’re not watching out for them. The lack of lush fields limits the creatures that can comfortably live here.

Throughout the ages, the island had a reputation for its safety, being free from any poisonous plants and animals such as snakes and scorpions.

The hippies said they simply couldn’t exist here due to all the good vibes. Though petting goats might not be the main feature on anyone’s holiday agenda, any animal lover will naturally seek out to investigate the local animal kingdom.

This kingdom is pretty small though and the only zoo on the island isn’t filled with animals, instead, it offers a large display of exotic ravers from around the world, partying in the seal pit. So with the absence of a zoo, I’m happy to present to you a small insight into the life of animals here in Ibiza.

Ibiza has its very own breed of dog, the Ibizan Hound (Podenco Ibicenco). They’re thought to be related to dogs from ancient Egypt, the now-extinct Teseme. This dog represented the god Anubis or Jackle Head, in Egyptian art and mythology.

Podencos are elegant, highly intelligent and similar in build to a Greyhound. They’ve got an aloof, wild temperament, can be difficult to domesticate and they’re extraordinary escape artists. Yes, even the dogs here have free-spirited hedonism running through their veins. 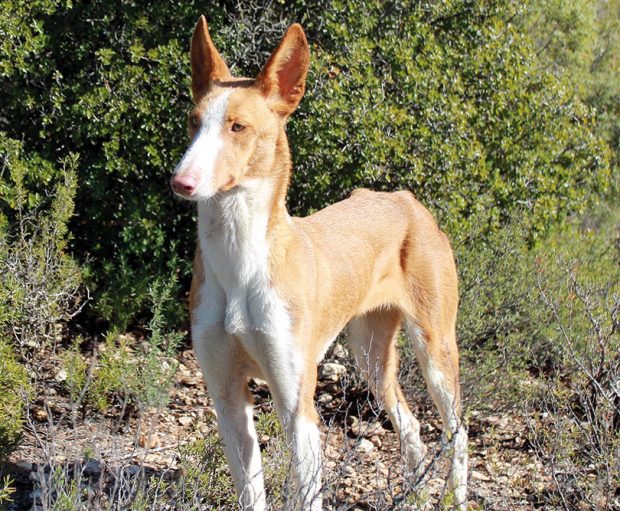 The locals still keep them in packs and use them for hunting. So proud are they of their hound, they’ve honoured them with a huge monument in Ibiza Town.

On countryside adventures, you will rarely be startled by animals. The whole wild mammal population is made up of only, rabbits, hedgehog and type of wild cat called a Genet, which are very rare these days. 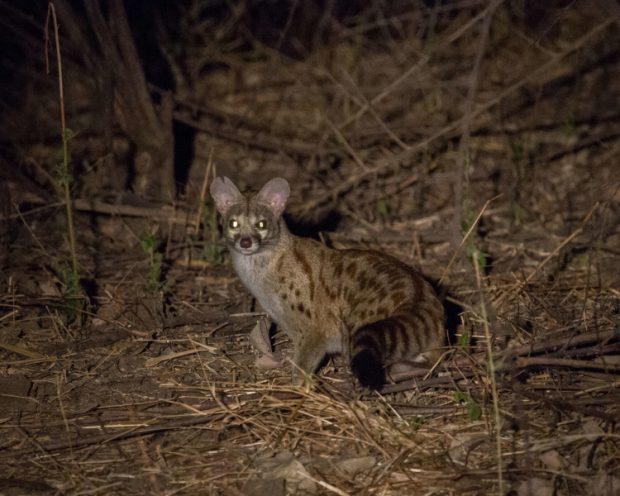 The hedgehogs are thriving though thanks to Can Hog which was set up to help sick, injured and orphaned, little spikey ones. If you like animals then you’ll love their facebook page where they share amazing tales of recovery and very cute pictures.

Until very recently Ibiza and Formentera remained the only two, of sixty-three Mediterranean Islands that were free from snakes. This changed in 2003 when the Horseshoe Whip snake, was discovered in Ibiza.

The snakes were almost certainly introduced as stowaways, hidden amongst the roots of old olive trees, imported for gardening projects. Two other snakes have also been identified on the island, The Ladder Snake and the Montpellier Snake. 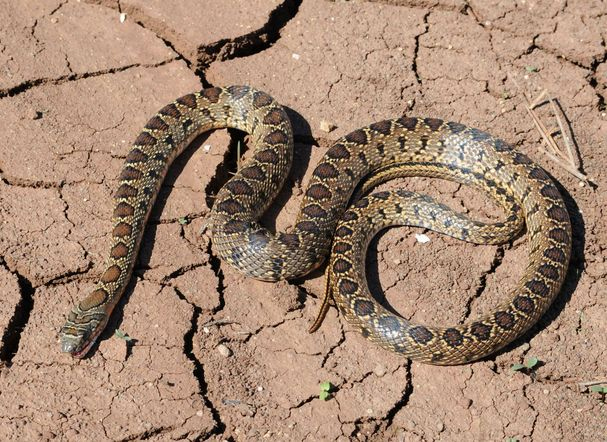 There’s no need to worry though, none of these snakes is aggressive or venomous to humans. What is alarming though, is that without any natural predators, the snake community is thriving, but unfortunately, they’re thriving on the island’s lizard population.

The iconic, green, Ibiza Wall Lizard, provides around fifty per cent of the snake’s diet. These lizards are completely unique to the island, commonly seen lounging around on rocks and stones. 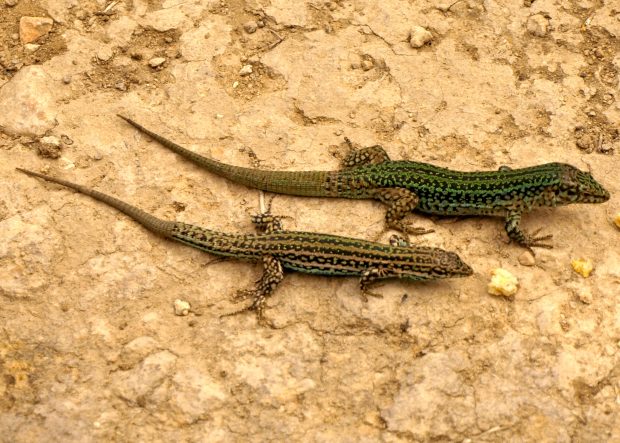 The Ibiza Wall Lizard the most famous of the islands creatures

Over in Formentera and the surrounding islets of Ibiza, they have a blue subspecies of wall lizard. With their numbers dropping, the local government are trying desperately to alleviate the problem with a snake trapping scheme but so far, the numbers are increasing.

Another interesting reptile you’ll find around is the noisy and sticky footed gecko. They’re different from lizards because they can sucker up walls and generally, they come out at night, often hanging around outdoor lights for a tasty banquet of moths, croaking away into the small hours.

It’s not just on land where you can enjoy the creatures of Ibiza, any snorkelling trip will reveal a whole community of underwater creatures. Tiny fish will stalk you quietly while you swimming and sometimes you’ll see pointy barracudas, tiny rays suckling at the sand or even an angelfish with its glittering wings spread out against the sea bed.

Bright red starfish with their millions of little legs crawl slowly and unnoticeably across deep steep walls and black, spiky sea urchins hang like Minecraft bombs to every rock nook and cranny.

A keen eye might spot a playful octopus that’ll disappear before your eyes as it changes the colour of its skin to suit the surrounding landscape.

If snorkelling isn’t your thing then you can see some of these creatures from a dry, safe distance, with a trip on the glass-bottomed boat or at the only aquarium on the Island. You may even see dolphins which are often seen around the waters of the island.

Aquarium Cap Blanc can be found on the coast of San Antonio on the way to Cala Gracio. It’s a unique little place that also acts as a sea life sanctuary. Whenever any injured sea creatures are found around the coast, usually they end up here to recuperate.

Eventually, they get released back into the sea or some become permanent residents.
Entrance is only 5 euros for adults and 3 euros for under 12’s. Not only do you get to enjoy the sea creatures up close but you’re also helping a good cause.

When it comes to taking care of animals, Ibiza has excellent standards, very rarely will you see stray dogs on the street. It’s also good to know that dogs aren’t put to sleep here, often they are sent to other European countries to be rehomed.

Can Dog and Sa Coma are the main rescue centres for our canine friends on the island. Cats, on the other hand, are a different story. There are many colonies of feral cats but luckily there are lots of compassionate people around to take care of them.

Some residents set up feeding stations leaving food out regularly, working alongside the amazing British charity, Care 4 Cats. Each year, working with local vets, they trap and neuter hundreds of wild cats, then release them back into the wild.

For anyone wanting to get up close and personal with the animals of Ibiza, there are plenty of ways to do it if the feeling takes you. Children will be particularly excited about getting to know the creatures of the island.

The most common animal-based activity is horse riding, with several trekking centres on
the island, catering to every level of rider. The horse country club in Santa Gertrudis offers many exciting activities for youngsters and adults to enjoy. 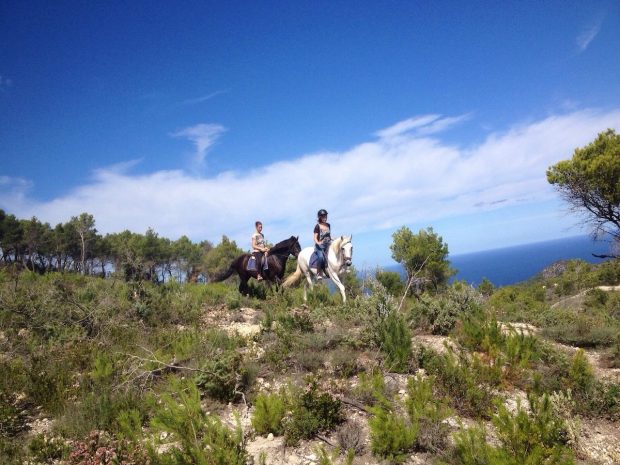 These include camping, picnics and special full moon rides. Can Musson, just outside of Santa Eularia have an ecological, agricultural cafe where you can feed and pet the small selection of farm animals living there.

Over on the west of the island, you can find Can Maymo des Puig, nestled between San Ines and San Miguel. It’s a small petting zoo with a range of traditional animals of Ibiza.

Here you can watch and interact with clucking chickens and beautiful, peacocks pecking the ground, around pens of friendly, grunting pigs and cheeky goats all trying to catch your attention.

If you’re more comfortable admiring animals from a distance, you can watch trotting horses compete at the hippodrome in San Rafael. Races are held each weekend and you can have a bet and a tipple there too.

Between the months of August and October, the glittering sunset view across the Salinas salt plane becomes even more romantic when the migrating pink flamingos come to enjoy the marshes for the winter. 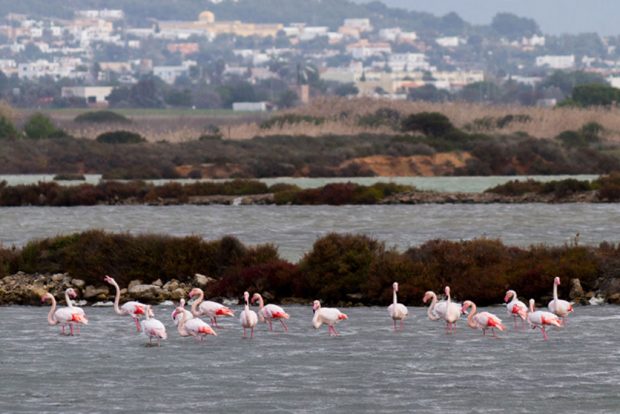 Flamingoes on the salt flats of Ibiza

No one books a holiday to Ibiza based on the animals that live here but it’s nice to know that you can include them in a small part of your holiday if you wish to.

Rest assured, all the animals are as laid back as the locals and Ibiza is surely one of the safest and most beautiful places on earth to enjoy them.

You’ll be surprised by the warmth and joy to be found when getting in touch with the humble animals of Ibiza. 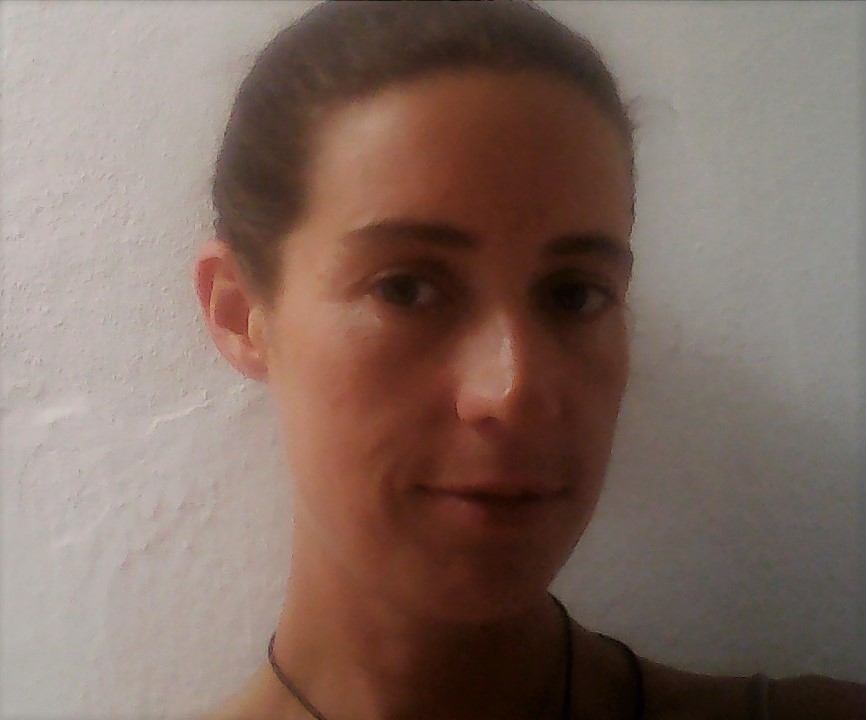