Atlantis a Secret Cove in Ibiza 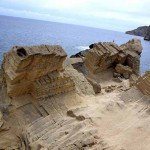 Atlantis a secret cove in Ibiza

The White Isle is full of magical places, myths & legends and Atlantis a secret cove in Ibiza is no exception.

Situated at the foot of the cliffs opposite the magical and mythical Es Vedra close to Cala d’Hort the rock formations here are truly unique and exceptional.

Another one of those places to visit in Ibiza that is not for the faint hearted especially if approaching from the land, however, by sea it is a little easier.

The story of Atlantis or Sa Pedrera to give it the correct name, begins way back in the 16th century when it was a quarry with the stone being extracted and then taken by boat for use in the construction of the walls and Castillo of Dalt Vila.

The name Atlantis was given to this place by the early hippies in the 50s and 60s who made this spot their own as a place of quiet reflection and rest.

Over the years artists have left their mark by carving faces, dragons, calls of peace and other symbolic imagery into the rocks. 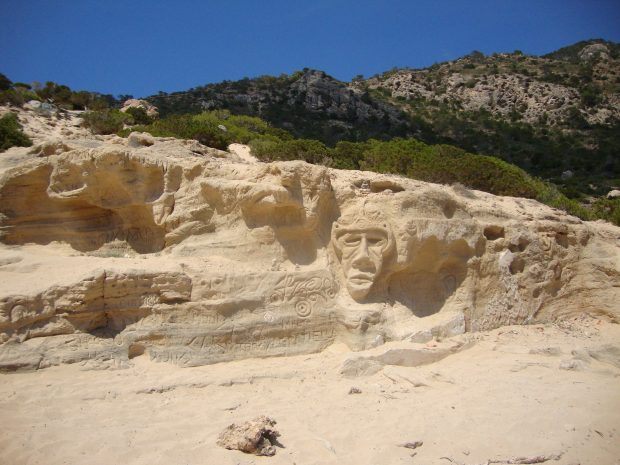 The rock carvings at Atlantis Ibiza

The quarrying of the rock has also left holes with some under the level of the sea, which are filled with water from rain and the waves forming incredible natural pools.

Just above Atlantis, there is also a small cave where the stone masons and later the hippies could take refuge from the inclement weather.

Getting to Atlantis on foot is not for the faint of heart though and involves quite a steep descent with the return ascent is especially tough going in the height of the summer heat. If you ever get the chance to go by sea you can moor close by and swim to the cove. 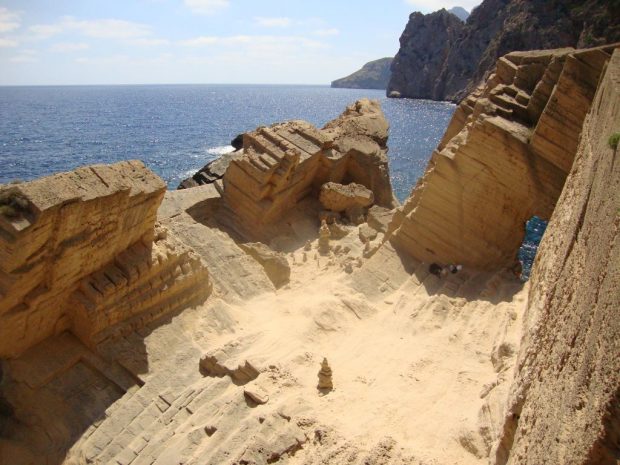 Atlantis a secret cove in Ibiza

It is highly rewarding and a dip in the man made pool is something to experience before lying out under the Mediterranean sun on the rock formations surrounding Atlantis.