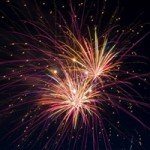 On the 24th of August, a huge fireworks display will light up the skies over the harbour of San Antonio Ibiza at midnight.

The celebration is part of the Fiestas de San Bartolomé similar to our patron saints day although being Ibiza they make the Fiesta last several weeks.

The Fiesta involves a programme of diverse activities running from mid August until mid September.

These ranging from live music and culture events to sports competitions and entertainment, through to acts of a more traditional nature as well as of course the huge firework display.

The main event though will be held on San Bartolomé day (24th August each year) where a full day of activities will take place.

The day will start in the Plaza de España at 0830 where the town will welcome the day of their patron, this will be followed by hot chocolate for all those early risers.

At 1030 there will be a foam and water party for children in Plaza de España with games and other entertainment.

Mass at the church and a procession through the streets will take place from 1930 accompanied by drummers.

Activities then move to Passeig de ses Fonts where there will be demonstrations of folk dancing at 2130 followed by music and dancing from 2200 hrs.

Then it’s onto the more spectacular events with the Mascletada (Large firecrackers) at 2300 followed by the Coroffoc / Correfuegos (the devil dance) originally used to ward off evil spirits, although in the modern day it seems to be to help the fiesta go off with a bang, quite literally.

This is one heck of a spectacle and well the video speaks for itself. However, we do advise to keep well back and stay alert whilst watching as it tends to be somewhat chaotic.

The finale to the day is a huge fireworks display at midnight which lights up San Antonio Bay and can be viewed from almost anywhere along the waterfront.

A full list of events over the whole of the fiestas de San Bartolomé can be found here, available in Catalan and Spanish. 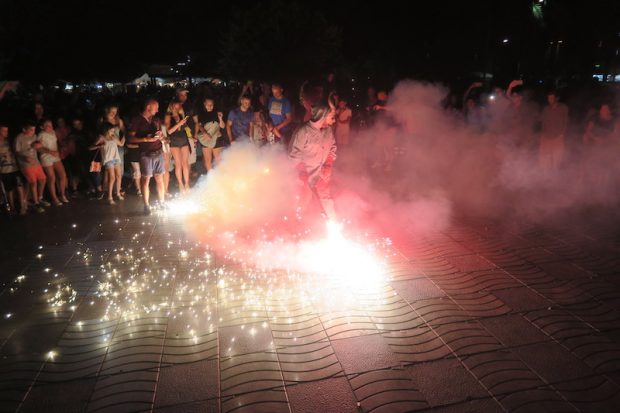 Correfuegos a spectacular sight as part of the Sant Bartomeu celebrations