Avoid the French ATC strikes when travelling to Ibiza 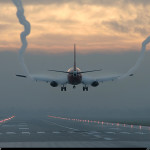 Although the season in Ibiza has yet to truly start, the ATC strikes which happened in France over the last few days has had an impact with several flights being cancelled from across Europe to Ibiza.

With yet more strikes planned from the 16th – 18th April and again from the 29th April till 2nd May over the period where a lot of workers and early season visitors will be arriving is there another way?

The following travel advice is only suitable for those going out for an extended period, but for some it will be a viable option if you have to be in Ibiza on a specific date.

Get yourself to London Victoria coach station and then take the Mega Bus to Barcelona.

Ok, it does take just over 24 hrs but price wise it’s very reasonable, with our preferred dates it cost no more than £40.  If you’re able to be flexible on dates, we have found prices starting from only £25.

Megabus has a baggage allowance of 20kg which is comparable to airlines and is included in the price.

Once you’re in Barcelona you will be out of the strike zone and flights from Barcelona to Ibiza are very regular indeed, we picked Ryanair as an example. 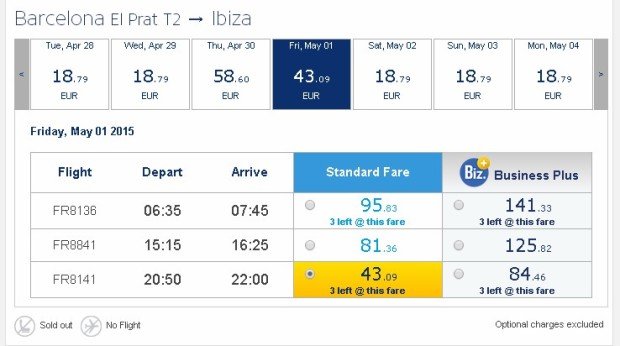 So with a few hours to travel from Barcelona coach station to El Prat airport you can grab an evening flight for as little as 43 Euros (about £30) and be in Ibiza that evening.

Again, with a little flexibility on dates, we found prices from as little as 18 euros (£13).

So if you can be flexible and want to avoid any risk of disruption from the current planned French strikes its worth checking out the Mega Bus to Barcelona and an onward flight to Ibiza.

If you happen to get both at the cheapest rate it can be done for less than £40 plus a little extra to travel across Barcelona.

It’s not the daftest option by far it just takes a little longer than usual.