The Balearic Assassins of Love return to Ibiza 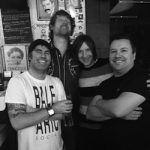 The Balearic Assassins of Love, or BAOL for short, are a DJ collective comprising of Steve KIW, King Sunny Ade P and Picko-d with Mark D as their “vibes controller”, in charge of visuals and artwork.

The BAOL story begins many moons ago when Steve and Ade began to play together after years of singledom behind the decks and their amalgamation brought with it their love of the Balearic vibe to the masses.

Steve and Ade then added Picko-d to BAOL, he wore them down with constant requests to join; Mark, an acid house veteran was recruited when the guys realised they needed flyers and to help give them a new image.

BAOL was then complete and they have been recreating the famed Balearic ‘anything goes’ vibe ever since. Those early parties were once described as “a cross between the opening party at Amnesia and the last days of Sodom and Gomorrah” which gives some indication of the music and atmosphere at them.

Over the years they have regularly played at festivals and clubs across Europe as well as some very unique venues including a beach front acid drenched scout hut, an ex-communist nuclear underground blast bunker in Prague and they also played a 12 hr set at Hastings Pier, the day before it burned down. 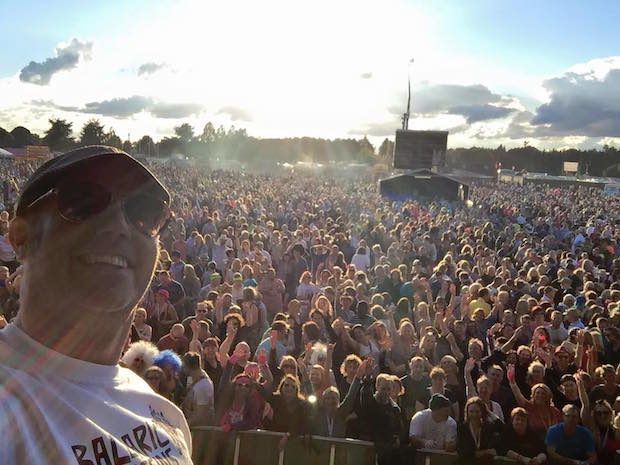 Their celebration of the Balearic vibe will take place on the 3rd June at Putumayo Cafe and Lounge bar at Cap Negret just outside San Antonio. The music will roll from 5pm to 4am the next day.

They will be joined by Rolo McGinty from the 80s indie rock band The Woodentops who will be doing an acoustic set on the 30th anniversary of the Ibiza ‘balearic’ crossover hit Why, Why, Why and also playing tunes with the lads behind the decks. 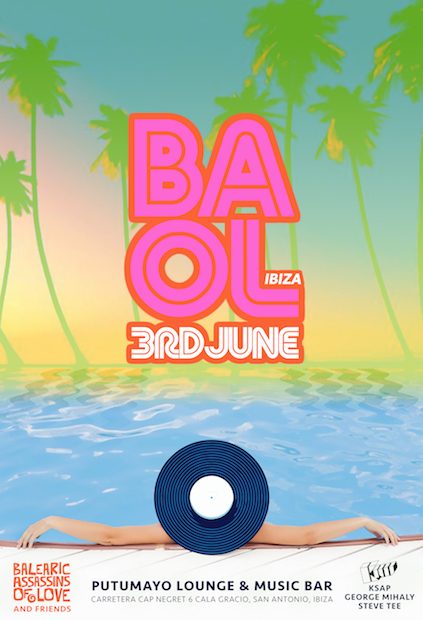 BAOL will be at the Putumayo Cafe on the 3rd June

So for a fantastic night of vinyl vibes get yourself down to Putumayo Cafe on the 3rd June.

You can also catch the BAOL touring Prague in August and collectively have residencies in Manchester, Brighton and Hastings.

For more information you canBalearic Assassins of Love find them on Facebook here facebook.com/groups/BalearicAssassinsofLove or on twitter here twitter.com/B_A_O_L