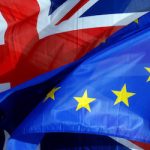 How Brexit affects your Ibiza holiday

On Thursday the UK went to the polls and decided to leave the European Union or Brexit as it has been called.

Since the result has been announced we have been inundated from readers of the blog with questions mainly due to a lot of scaremongering articles appearing and circulating online and across social media sites.

So we have used the 24 hrs since the announcement of the vote to find out the most accurate information possible to ally any fears or concerns you may have.

Firstly in the short term (Summer 2016) there will be no changes in the way we book, fly, arrive and enjoy Ibiza and Spain.

For those who have yet to get their holiday money (changing pounds to euros) yes the exchange rate did drop quite dramatically on the morning after the vote but over the course of the first day it recovered somewhat.

In all the years we have been to mainland Spain and Ibiza we have had exchange rates of between 1.15 euros to the pound up to 1.32 euros to the pound, as i type its sitting around the 1.23 mark which is nothing unusual.

Realistically, if you changed up a 1000 pounds on Thursday you would have got 1300 euros compared to 1230 euros if you waited till Friday, so  it works out at 10 euros less per day for a week away nowhere near as dramatic a loss as implied by others.

So if you are booked for 2016 there is no need to worry or panic all is as how it has been.

In the medium term, as it stands today the UK won’t start negotiations with Europe until at least October 2016 although this may change over the coming days and weeks.

The negotiations themselves will take up to two years to complete during which the way we travel, work and enjoy Ibiza and Spain will remain as it is now.

So it may not be until October 2018 at the earliest that we see any changes but remember whilst the negotiations take place and during the time any changes agreed will be made public.

In the longer term and what the two year negotiations will at least start, is where it gets a little more complicated and yes there may be changes, however, we are optimistic that any deals done between the UK and Spain will not directly affect holidays too much.

For those owning property, living, working and owning businesses in Ibiza and Spain it is a little more uncertain but again we are optimistic, yes there will undoubtedly be changes but I cannot see anything too dramatic which would affect the Spanish economy in a negative way as it relies heavily on UK tourism and UK businesses in Spain.

As always any changes will be reported here and in a purely factual way, we have seen far too much scaremongering in recent days.

Will flight and holiday prices rise?

No although it has only been 24hrs since we voted out we have seen no evidence of rises in prices for flights or holidays for this year or next. Yes the pound euro rate has dropped but it is still within the limits which airlines and tour operators expect and account for.

Will I need a visa to get into Ibiza?

No just continue to use your EU passport as before.

Will my EHIC, European Health Insurance Card, still give me medical cover?

Yes it will but we have always recommended that you get comprehensive travel insurance before you travel and our advice still remains the same regardless of where you travel to.

Will I be able to continue to work in Ibiza this season?

Yes nothing will change to those working in Ibiza or Spain this season.

So there you have it. Our advice is that if you are already booked then enjoy your time in Ibiza and Spain as before.  If you haven’t booked yet then you should feel confident in booking as nothing is going to change in the medium term.

Yes the long term is a little more uncertain but we are optimistic Ibiza and Spain will still be the place to go for your summer travels in 3, 5 and 10 years time.

If you have any questions or concerns please feel free to ask them below or via twitter or facebook.