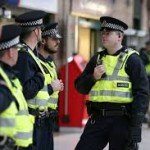 Uk police to be in San Antonio

The scheme which is being run as a trial is fully funded by the Foreign Office and will see them assist the Guardia Civil when British nationals are victims of crime.

The officers will work an 8 hour shift between 7am and 10pm in full British uniform and provide reassurance to both locals and holiday makers alike and will be in the resort from the 17th of August for 7 days.

“The presence of UK police officers will help to remind British holiday makers of the importance of respecting local laws and customs, ensuring that everyone has a safe and enjoyable holiday, free from trouble and crime” said Simon Manley the British ambassador to Spain.

The officers will also spend a week patrolling in Magaluf in Majorca as part of the trial.