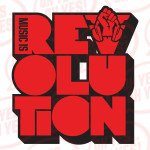 With the highly anticipated final season of one of the world’s greatest clubs, Space Ibiza, the first few announcements have started to appear across the internet.

First was the Opening Party which was announced even before the 2015 season ended to dispel rumours and hearsay that 2015 would be Space‘s final year.

Next up its biggest night and DJ Carl Cox announced that 2016 would be his final year having done 15 years at the club.  He said that he would not be part of whatever happens to the venue once the keys are handed back to its owners at the end of 2016.

Now this week has seen the first announcement of his legendary Tuesday night at Space, Carl Cox Music is Revolution with the aptly named title “The Final Chapter” along with an image and those all important dates which you can find here.

As to what will become of Space no one knows, there are lots of rumour and hearsay across the island and the music industry but one thing is for sure that 2016 will be the club’s last hoorah as we know and love it now.