- Could the British Police be back on patrol in Ibiza? - The White Isle - Ibiza Blog

Could the British Police be back on patrol in Ibiza? 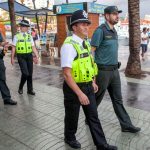 Not since 2015 have bobbies on the beat been seen on the white isle, but could the British police be back on patrol in Ibiza this summer?

In an interview given in the Diario de Ibiza, Ramon Roca the Insular Director of the General State Administration for Ibiza and Formentera was asked (translated from Spanish).

Are you planning to recover the collaboration with the English Police, this summer?

His answer
Yes, apart from the carabinieri (ed: Italian Police), this week two more have been added to Santa Eulària, it is foreseen that they will patrol by Sant Antoni English police, but I do not know yet when they will be here.

He was then asked two further questions on the subject with the following replies.

The last collaboration with the ‘bobbies’, in 2015, was very controversial, I do not know if you remember …
The truth is that no.

They patrolled three evenings for Sant Antoni and only until 10 pm. The British press called it “paid holidays.”
I did not remember it. I know they will come, but we still do not know the specific dates.

For those who do not remember the last time the old bill were seen in Ibiza was in 2015 when Sgt Brett Williams and PC Martina Anderson from the West Midlands police spent a week in Magaluf and a week in Ibiza accompanying civil guard officers. 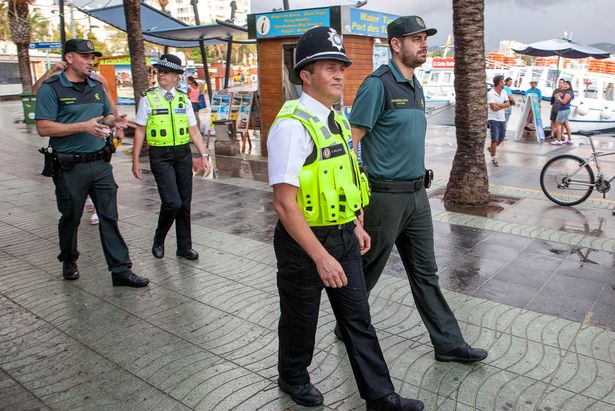 The last time the British police patrolled Ibiza was in 2015

The initiative came under heavy criticism at not only the cost to the British taxpayers (reportedly £14,000 paid for by the foreign office) as well as their shift pattern which was only daytimes and ended by 10pm before the real trouble and help would be needed.

Despite this they were called upon several times to assist the Spanish police and did help several British tourists in trouble over the course of their two-week secondment.

As much as outsiders especially the British Press led the criticism many visitors in both resorts liked seeing a British bobby on the beat, giving them a little sense of home and reassurance.

The language barrier between British tourists and foreign police always makes it difficult for both sides so having a friendly copper on hand eased tensions.  Add to this the fact that the local police deal with things a little differently to what many uk tourists are used to so having that Britishness on hand also seemed to help and reassure people.

It was hoped this could have been extended and expanded on for 2016 but nothing happened nor has since. So this interview opens up the question again that could the British Police be back on patrol in Ibiza?

We think it’s a great idea and fully support having a proper British police presence alongside the local police and civil guard in Ibiza and hope that in future years this could become a permanent feature on the island.

You can read the full interview with Ramon Roca here