Could this be the future design for the West End Ibiza 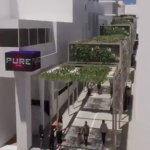 A video appeared last week from one of the candidates standing for election in San Antonio in the upcoming local Ibiza elections which shows HIS vision of the area going forward so could this be the future design for the West End Ibiza.

Marcos Serra who is standing for the PP has put forward these new proposals to change the look, feel and character of the West End if he and his party are elected on the 26th May.

It also marks a huge change of direction in political circles of what to do with the West End. In the last local elections in 2015, the West End formed one of the main points of the election and under the council which was elected at that time the West End has been subject to more and more regulations and controls.

Firstly they removed the PR jackets making PR’s in the street for each bar an offence, they also banned ticket selling in the street as well as the super club parades.

Then the terraces were restricted on hours which has ended up with them all being removed at midnight so you can no longer sit out and people watch after this time.

Then they restricted the closing time of the West End venues from 5am to 3am and have brought in regulations for soundproofing and having double entry doors to reduce noise leaking into the streets from premises. 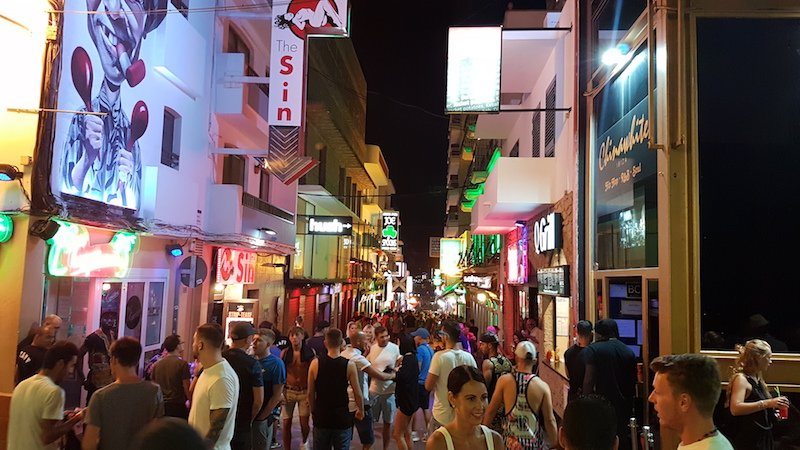 The current look of the West End in San Antonio

The aim was to reduce the noise, anti-social behaviour and the like from the area to make it better for those residents living close by. In our eyes, this idea has failed spectacularly with the noise at 3 am now being spread across a wider area of the town and businesses in the area having no doubt suffered.

Now a new fresh idea and thought process is being pushed as part of the current election campaign by Marcos Serra and he is suggesting a set of radical changes / improvements for the West End. 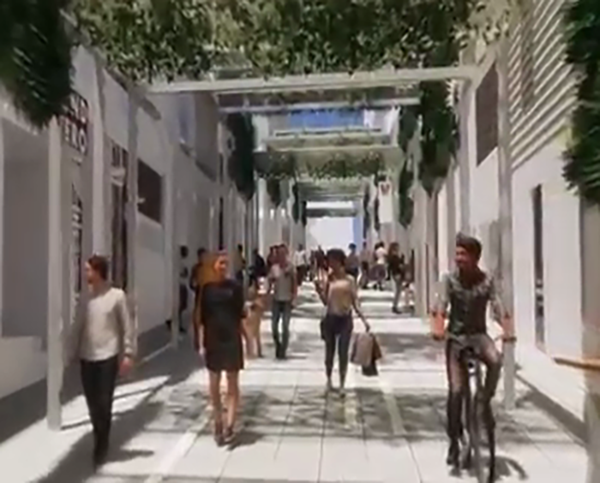 A fresh new look is proposed for the West End Ibiza

In the full video (at the foot of this article) he explains that public investment should be made to the area which would include improving the aesthetic look by burying the cables into the street, unification of all the facades of the venues and a new pavement surface.h

New pergolas with hydropic planting which would act as a visual improvement as well as providing shade for the area during the day and then  lit at night making the area more attractive and inviting to not only residents and tourists but hopefully to reinvigorate and diversify businesses in the area.

Marcos Serra said  “We have two options, let the old town degrade or make a public investment, beautify the area and bet on an integral reconversion to encourage entrepreneurs to invest and diversify their businesses for all affected neighbours and hopefully, it is the beginning of the change that we all want for San Antonio”.

As much as this idea currently only applies to Santa Agnes (the main West End street) it is said it could be rolled out across more of the area if it is seen to be a solution and an improvement to the area. 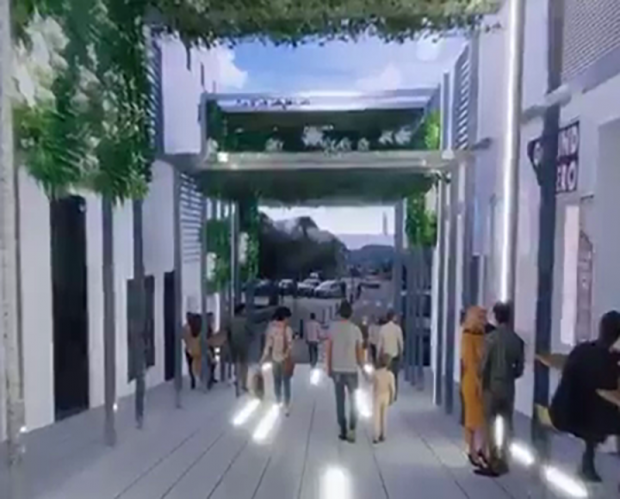 The West End could have a new look and feel

Now we love the idea on the surface and it would be great to see the West End being rejuvenated after years and years of being persecuted, however, we note that some basic issues have not been addressed like the policing of the area or the working with and supporting of current and future businesses in the area.

However that all said we have a fond affection for the West End and would love to see it thrive, diversify and become the jewel it once was in San Antonio.

The full video explaining Marcos Serra thoughts is here.  It is in Spanish with English subtitles and it gives you the full impact of his future ideas.

For balance we have looked through the other political parties standing for election in San Antonio but as yet we have seen no specific ideas for the West End.