The hugely successful Creamfields Ibiza returns to the white isle for its second outing on Friday the 5th of August.

This will be a 5 room 10 hour party extravaganza at the world’s number one club Space and will take place during the Radio 1 Ibiza Weekend.

The lineup is as you would expect from Creamfields is stella and will bring a mouth watering array of artists to the shores of Ibiza.

Radio 1 will be hosting their own dance stage and Defected will be making their only appearance of the year in Ibiza taking over one of the five rooms.

With Space due to close at the end of the year it is the perfect venue for this summer festival and will be a fitting tribute as it’s where Cream began on the island over 20 years ago. 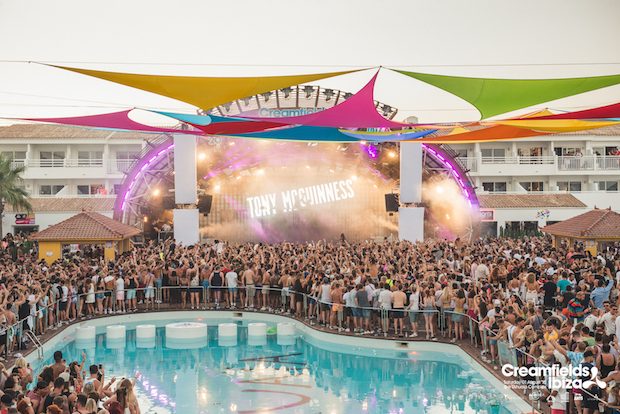 Creamfields Ibiza at Ushuaia in 2015 returns to Space for 2016

So it’s time to don your flip-flops and shades as there won’t be a muddy field in sight and embrace the Creamfields Ibiza experience at the world’s number one club Space this summer.

For those who cannot make the Creamfields Ibiza event on the 5th August Cream also holds weekly event on a Thursday at Amnesia and you can find full lineups and more information here.