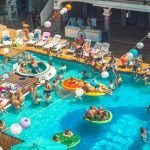 In a monumental shift of clubbing trends, daytime is the new time night in Ibiza this summer it seems.

Instead of the late night / early morning hot sweaty Super Club environment with the top name DJs taking to the decks at 4am it seems the open air daytime venue is truly the place to be seen in 2017.

Ushuaia and Ocean Beach have been offering daytime into the evening events for the past few years but in a throwback to the early days of Ibiza where you could dance in the open air at the Super Clubs at 8am Ibiza Rocks are taking it a step further.

In 2016 they hosted their first big named pool party with Craig David TS5 on Sundays running throughout the afternoon and it was simply massive being one of the hottest tickets in Ibiza.

This year will see Ibiza Rocks focus even more on daytime events bringing some of the biggest names in Ibiza into the daylight for the first time.

He said “When I was in my early 20s, having a photo taken at 4am a little worse for wear in a club was a badge of honour but it’s not now.

People want sexy and slick selfies at 4pm looking great in their swimwear. The culture has shifted and as a response what we’ve found is the daytime economy in Ibiza is just getting bigger in terms of entertainment.

What you’re seeing now is the night clubs in Ibiza are less important than they were 10 years ago. The post-midnight economy is less than it was back then.

It started off with the Ibiza Rocks slot of 7pm – midnight, and that has hugely transformed the game.

But what we’re now seeing is the ‘new slot’ and it’s all about the daytime pool parties. 1pm – 9pm, before you go out for dinner… that is the new economy of Ibiza.” 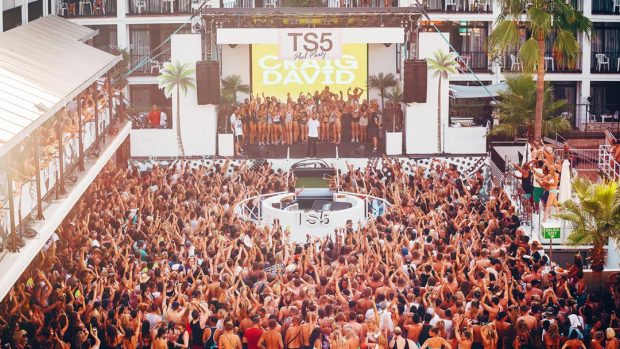 A great insight and with this growing trend Ibiza Rocks have some stellar offerings this year around the pool so you can get that ultimate sexy and slick selfie.

Do Not Sleep presents Cuckoo Land on Sundays all season long kicking off on the 21st May.

Craig David TS5 returns but to Thursday’s in 2017 for 10 weeks this summer.

We are Rockstars will see 5 exclusive dates on Thursday’s in June and July with some cracking line-ups inc Example and DJ Wire, MisterJam, Sigma and Wilkinson.

Toddla T’s Carnival will take place on the 15th and 29th of June.

Elrow will host two exclusive crazy pool parties in August, our tip as the daytime event of the summer in Ibiza.

For those who are not into the daytime is the new night time do not fear Ibiza Rocks are still holding their infamous evening events which will include.

Stormzy will present the first ever MERKY Festival on Tuesday the 11th July a 10-hour multi-stage showcase of the best urban music talent around.

Dua Lipa on the 18th July, Clean Bandit & Mullally on the 25th July, Bastille & Rationale on the 1st August and The Kooks with Fickle Friends on the 5th September.

Whether you like the idea or not it seems that daytime is the new night time in Ibiza this year and we say why the heck not, embrace it try it you never know you may even like it.