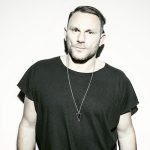 DJ Mark Knight has had a long affiliation with Ibiza and he even says it changed his life, like it has done for many of us, when he first visited  the island back in 1998.

Since then he has gone on to become a DJ, producer, businessman and industry influencer becoming the second highest selling Beatport artist of all time.

Mark’s career has spanned more than a decade, with releases on a diverse range of labels such as Suara, 1605, Stereo and of course his own Toolroom.

Despite his success, the Grammy-nominated artist has never rested on the laurels of being one of the industry’s most respected and accomplished international players and he continues to push boundaries and set new standards with each year that passes.

His journey started in Ibiza and continues to this day where he will once again take to the Ibiza decks in 2017.

We were lucky enough to get the chance to sit down with Mark to ask him a few questions about life as a DJ and of course Ibiza, a place he returns to time and again and where the crowds flock to see him perform.

Welcome to the blog Mark it is great to have you with us, as we said in the intro your affiliation with Ibiza is a long and a life changing one.

What do you think it is about the island that is so special for you and what can you remember from your first trip here?

The first time I ever came here was on a lads’ holiday. To be honest it wasn’t really the music or culture or anything like that: it was just one of the only places in the sun we could afford to go! At the time I was more into funk and soul than house music, but back then it wasn’t just house music anyway.

We went to the old Amnesia when it didn’t even have a roof, and just thought “holy shit what is this place?” We all got stuck in and had an amazing time, and went back on more than one occasion.

The first time I actually played there was 10 years later in 1999.  Since then I’ve played in pretty much every club, had residencies and have so many amazing memories. So yeah, it’s a pretty important place for me.

You are once again playing in Ibiza this summer and the highlight has to be the Cream Closing Party at Amnesia one of the most iconic venues and nights on the calendar, what do you love about the Cream Ibiza experience?

First and foremost it’s just a fantastic party atmosphere, it really is one of the best parties for the vibe. Cream has moved through a few different sounds in the time I’ve been playing for them, but the fact that people are there to party and have a good time has remained consistent throughout.

It’s always one I look forward to. 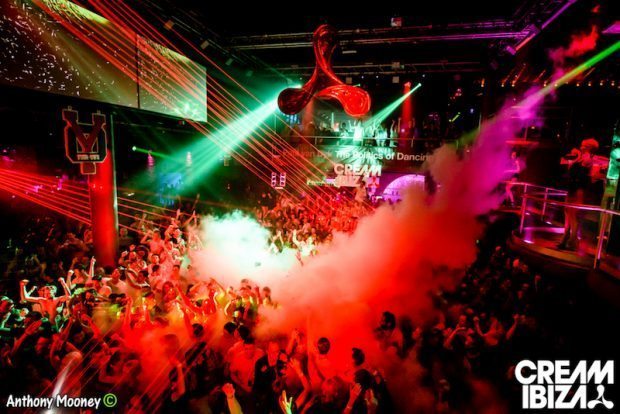 In researching for this interview we watched a fantastic documentary you produced ODYSSEY – A Short Film About the Art of DJing which looks at the lost art of marathon sets (those over 4 hours by a single DJ taking them on a musical journey).

You and a few other DJ’s are bringing this notion back to the fore this year, how important do you think it is for a DJ to be able to take a crowd on that journey over many hours and do you feel it helps them develop and improve as a DJ?

100%. I really believe that being able to play extended sets becomes a benchmark of your ability. I think that pretty much anyone could put together a couple of hours or music and tour that, changing a few tracks here and there.

But to soundtrack an entire night, for seven, eight, nine hours you need to have a really deep knowledge of music, be adaptable, be able to read a crowd and respond, be able to move through different styles of music: everything that in my book makes a really great DJ. I’ve talked about this before, but I think it’s a shame that DJs aren’t given more time in order to develop a properly thought out set.

In relation to Ibiza, especially with the changes to opening times over the last 10 years for the Super Clubs and their leaning towards festival style events with many named DJ’s doing shorter sets, do you feel Ibiza is missing out and that the promoters and venues should look back to the early days of Ibiza and clubbing in general and bring back more of these marathon sets by a single DJ?

I think that would be great. And don’t get me wrong; it does happen. But more often you see 10 DJs crammed onto a single night, and they might only get an hour each.

I suppose it’s done to try and make a line-up look impressive, and of course when you see a line-up that had some of your favourite DJs on it that’s obviously a massive plus, but actually I think that in terms of variety, you might get a more wide-ranging set if you had a couple of DJs playing longer sets.

If you only have an hour, you want to impress.  So you’re maybe more likely to bring out all the big tunes – which is actually counter-intuitive, having a load of different DJs all playing short sets might lead to less variety over the course of a night.

You have spent many nights behind the decks of the Ibiza Super Clubs what are your greatest memories you have from these nights?

Too many to count, but the one that probably tops the list is recording the Essential Mix live for Space. I was incredibly honoured to be asked, and it’s something I’ll never forget. 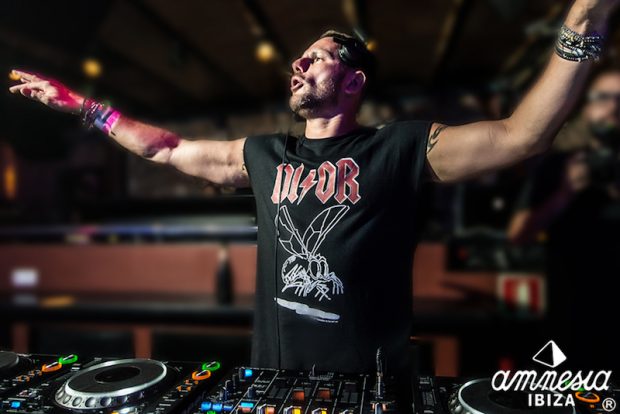 Mark Knight behind the decks at Cream Ibiza

With Space closing at the end of 2016, a club you played at many times including the Closing Fiesta, an era ended but with its replacement HI Ibiza taking the island by storm how do you feel about the loss of Space and the opening of HI?

I think that everything has to come to an end, and it’s arguably healthy for Ibiza to have a major shake-up like the closure of Space.  However, I don’t think people should underestimate just how important that club was to Ibiza.

I was talking to a driver there the other day who said it feels a little quieter, and that a good proportion of people come to Ibiza solely to go to Space.

So time will tell. Hi looks incredible though and the reports I’ve heard have been very positive, but of course, it’s going to take time for it to establish its own reputation as a worthy successor.

Time off is a precious commodity for a DJ but where do you like to spend your time in Ibiza when you get the chance to relax and unwind?

Talamanca beach with the family, no question. One of the most beautiful and relaxing places on the island.

Are you looking forward to closing one of the biggest party’s on the island? 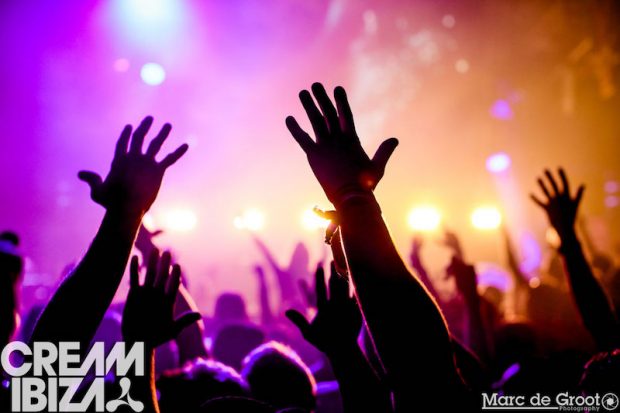 In recent years Ibiza has seen a huge growth in outdoor day time venues, do you see this growing trend as the new Ibiza or as a short term phase or can you see both complementing each other in the future?

Outdoor clubbing was always the old Ibiza, so I’m glad to see it making a comeback. Ultimately when you’re in a nightclub, you could be anywhere.

What made Ibiza special was looking up to the open sky while you were dancing to the world’s best DJs, so to see that happening again is a very welcome development.

Lastly what plans do you have for the future for not only for yourself with your own music but with the Toolroom brand?

Next year will be 15 years of Toolroom, which is a huge milestone for the label. So we’re planning to do something pretty special in Ibiza next season – watch this space!

Our deepest thanks to Mark Knight for taking time out to talk to us you can keep up to date with Mark via his website www.djmarkknight.com and follow him on social media on Facebook facebook.com/djmarkknight Twitter @djmarkknight and keep up on all his latest releases here soundcloud.com/markknight

Mark Knight is playing on the Terrace at Cream Ibiza’s Closing Party on Thursday 14th September for more information and tickets visit www.amnesia.es