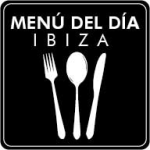 For those in Ibiza on a budget, a great way to get a great value meal is to have the “Menu of the Day” or Menu Del Dia.

The history of the Menu Del Dia goes back all the way to Franco times.  It was implemented in the early 60s to give the workers an affordable, filling lunch for a great price.

In more modern times, with the worldwide financial crisis it has again come back into favour, with both workers and visitors to Ibiza and Spain as a whole.

Served Monday to Fridays, normally between Midday and 3pm, it consists of a two or three course meal, often with bread, a drink and dessert or coffee.

Prices vary from restaurant to restaurant but expect to pay between 9 euros and 15 euros.  Gourmet restaurants may charge more.

In Ibiza we have always found it a little hit and miss.  Never being really sure what’s what with the Menu Del Dia, however, some clever boffin out there has designed an app.

It’s fantastic and so simple to use available for both Ios and Android. You can download it here.

The app is broken down by towns and there is a handy map showing all the restaurants listed. With more and more restaurants being added weekly as the season gets underway this is sure to become a must have app when on the island.

The Menu Del Dia, is mostly in English and Spanish with the price and options readily available so it’s easy to understand.

For example at the time of  writing,  in San Antonio Tulp Beach Cafe’s Menu Del Dia is €15 for a  3 course meal with a choice  from the following;

It also includes a glass of wine, beer or soft drink.

Now that is a great value meal, and although it is at lunch time, it’s a great way to eat well for less. 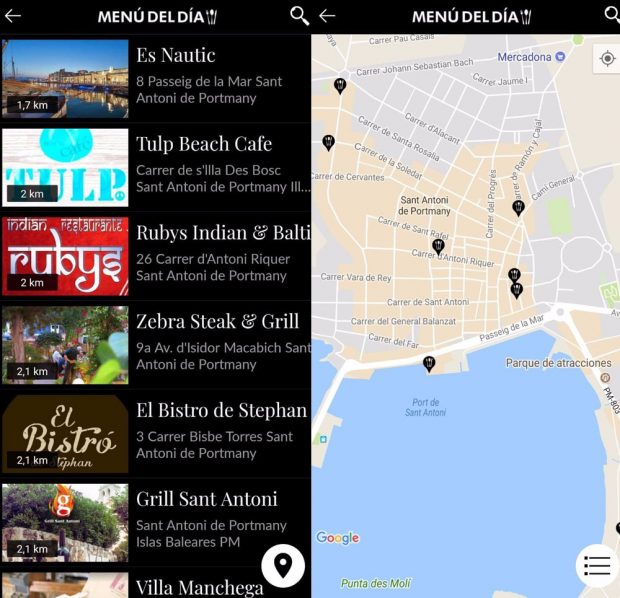