Giving something back to San Antonio Ibiza 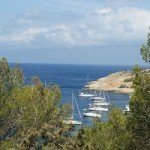 We arrived in Ibiza last night just as the sun was setting over San Antonio and got ourselves settled in with Miki and all at the Hostal Marino.

Today instead of making a rush for the beaches or endless activities on offer or even just lazing by the pool we as a family decided to give something back to Ibiza.

A call had gone out mid week for volunteers to spend a few hours helping to clean the areas around the beaches of Cala Salada, Cala Gracioneta and Cala Gracio and we decided to help.

So this morning we grabbed a hire car and arrived somewhat nervous and paler than most to the meeting point at Cala Salada.

In all about 50 people turned up and we were split into 3 groups to cover the three beaches given some heavy duty gloves and bags and sent on our way. 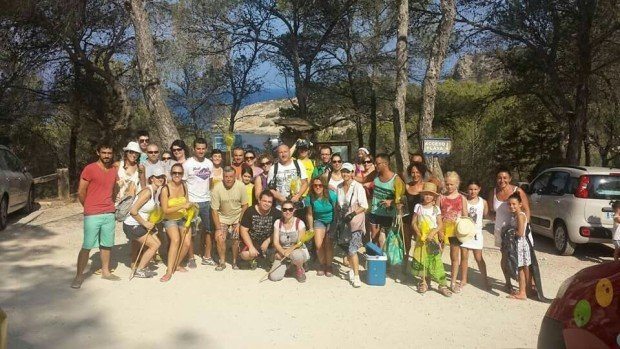 All ready to pick the litter around the beaches

We took on the slopes of Cala Salada working carefully, pulling out what turned to be a lot of discarded bottles, cans and other assorted waste from beside the road, paths and the beach itself.

In less than 3 hours we had filled 4 bin bags. 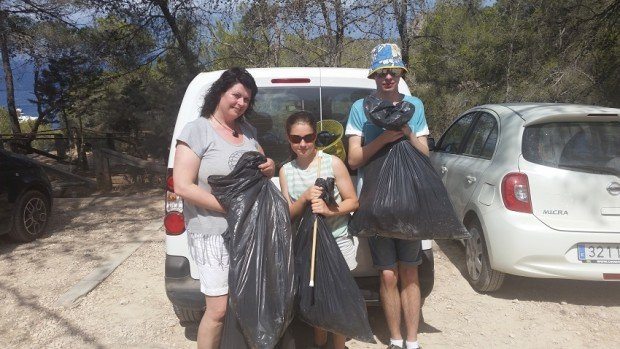 What we managed to collect in the time given.

We then drove to Cala Gracio to meet with the other groups who in the allotted time has amassed a huge pile of bin bags filled with the rubbish collected.

A tremendous effort by a few giving up their time and the idea is hoped to be repeated in the future and we would urge all to join in and help to keep San Antonio clean. 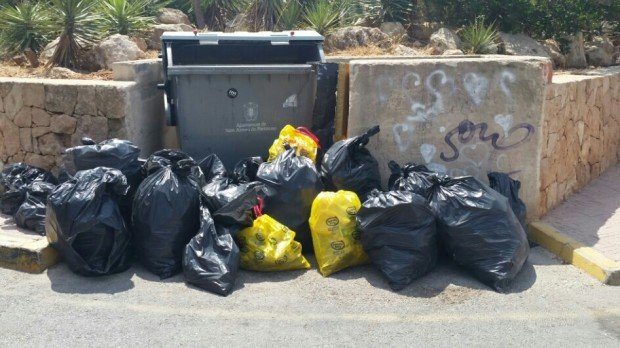 The huge pile of rubbish collected by all.

A huge thank you to all involved especially the organisers and of course Rosey and my kids who were somewhat dismayed at the thought of it but we had a laugh and was a great feeling giving something back to an island that has given us so much pleasure over the years.