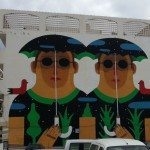 Whether you are a regular visitor to San Antonio or arriving for the first time, wandering around the narrow streets you cannot help but notice the massive artworks adorning the sides of many of the towns buildings.

Called the Open Air Gallery, it has been created as part of the island’s renowned Bloop International Proactive Arts Festival which has taken place annually since 2011 and runs from  late July through to mid-August bringing art to masses across Ibiza with a series of events and exhibitions.

Every year specific artists are asked to create murals in line with a specific key theme.

Over the years artists from across the world have been invited to San Antonio to add their own creations to the sides of the buildings and form their own part of the Open Air Gallery.

In 2013 Sheffield based street artist Phlegm came to Ibiza and created one of the most famous and photographed murals titled “Control”, which depicts a robot appearing to examine parts of his own brain. It is a beautifully intricate piece on a huge scale and no matter how many times you walk past it you will spot something new each time, it is located beside the roundabout of Es Verru and Cerrer Bisbe Torres not far from the bus station.

Another well known, although sometimes missed, piece is “Appearance” which is located next to the entrance to Ibiza Rocks and was  created by Ukrainian duo Interesni Kazki in 2012.

This piece is truly massive but captivating although what it depicts is down to your own personal interpretation which is one of the themes of the festival. So next time you are in the queue for Ibiza Rocks have a peek through the fence and come up with your own interpretation. 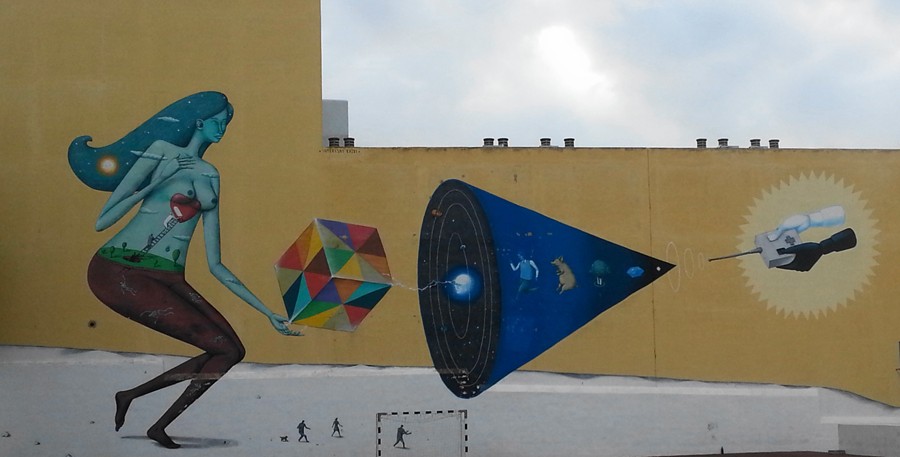 The latest piece created last summer (2015) is tucked away towards the back of the town on  Carrer d’ Alacant is a vast colourful piece by Spanish artist Okuda San Miguel and adorns two walls of the same building titled “Parallel Universe”. 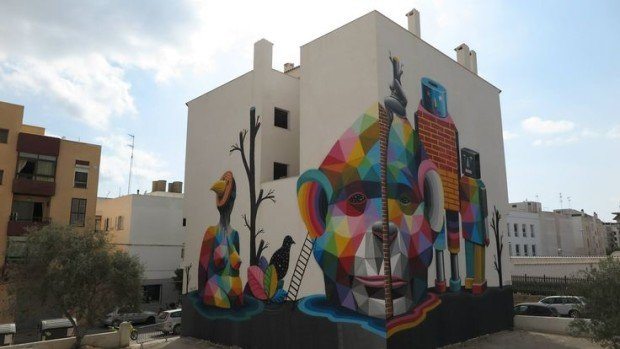 Since the festival started and the introduction of the open air gallery there are now 15 murals dotted around San Antonio so look out for them all year round and for the artists working quietly away this August as more buildings get the Bloop treatment.