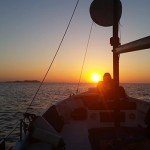 As we all settle down to enjoy our mince pies and turkey over the festive season, we thought we would bring you a preview of what’s happening on the white isle, the good the bad and the different.

We shall be doing a couple of these previews as the 2016 season openings draw closer so keep an eye on the blog for everything Ibiza in 2016, everything below is confirmed but for those who like a little rumour and island gossip check out Danny Kay’s excellent blog here for some yet-to-be-confirmed news from Ibiza.

You can read our Ibiza preview part 2 here.

Probably the biggest announcement to come out of the Island so far is Sankeys line ups and actual dates. Over the years many people have said that the season should be extended, Sankeys have taken the lead and will kick off their Opening Party on the 1st May and will have a 3 day Halloween spectacular to conclude what will be a full 6 months season.

They have also confirmed 5 of their weekly nights already with the last 2 expected to be confirmed before Christmas with line ups being announced in late January. Truly leading the way for 2016. For those who have already got their flights booked Sankeys are doing special 15 euro early early bird tickets to all events before 31st December, so grab yourself an extra Christmas present here now.

The first bar renovation in the West End has also started and what we all know as Capones will be transformed into Shenanigans, spearheaded by those behind the Highlander it is sure to be a great success, as with many years of experience on the island they know how to keep their customers happy.

Ibiza Rocks is set to host a new daytime pool party KS5 with Craig David at the helm which there seems to be a huge buzz about since its announcement.

It has been confirmed that Space Ibiza as we know is having its final year. Carl Cox Music is Revolution – The Final Chapter has already been announced as well as the Opening Party on the 29th May.

This will be an end of an era when the club eventually closes at the end of the 2016 season but the building itself will return to its owners and is expected to be re branded for 2017 (Ushuaia by night, maybe) and will evolve as many of the super clubs have done over the years. Sad times as an icon closes but an exciting future ahead.

The EcoTax – a small extra charge per night for staying on the island to help protect and secure its future for generations to come. Controversial in many peoples eyes but a small price to pay to keep Ibiza as beautiful as it is now and to enable it to continue to be the greatest island on earth.

Club opening times have been extended by an extra 30 mins to 06:30 and the fines for over running have been increased, so as much as you will legally be able to party harder for longer everyone is a little unsure if many of the clubs will overrun as has been the case in previous years.

A clampdown on unlicensed beach parties and music events towards the end of 2015 which resulted in some parties and premises being closed down and we expect this to continue into 2016 but we also expect to see more venues and promoters actually getting the right permissions and paperwork in place so they can carry on legally.

So to all those who says that its ruining the spirit of Ibiza we disagree its just being grown up and sensible. With so many more people visiting the island the old system of anything goes at any time, anywhere is totally unsustainable and this is just redressing the balance for the good of everyone and the island.

Hard Rock Hotel is also planning on erecting the worlds largest concave outdoor screen, at a whopping 400 square meters it will illuminate the Ibiza skyline, well Playa d’en Bossa and will broadcast a dedicated channel 24hrs a day with social interaction, the video stream will also be available online for those that wish to watch.

So far it looks like it will be the longest and biggest season yet and with many more announcements expected over the coming weeks and months. So as you tuck into your Christmas dinner we reckon its the perfect time to book your flights to the white Isle for 2016.