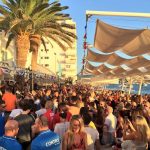 The ferries and beaches are crammed to capacity, not a sunbed nor space for your towel in sight with people falling over those already sunbathing whilst trying to get to the bar.

The clubs resemble a tin of sardines. Everyone is packed in as tight as possible and this is the one month where being on a guest list means very little, paying customers come first. 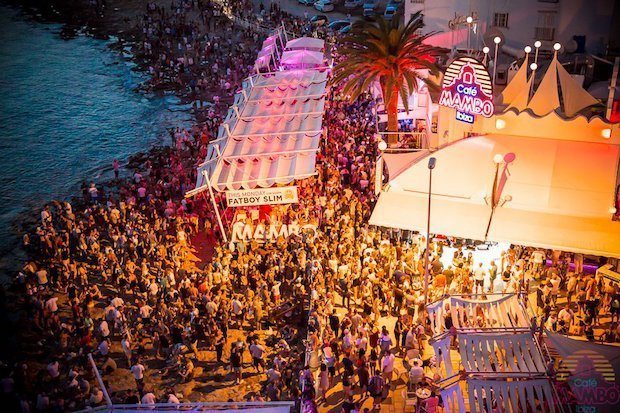 Now don’t get us wrong Ibiza in August is still a magical beautiful place with so much to see and do, but for those who don’t need to come in August consider looking at coming in September when the island is back to its usual laid back self.

However, there are some real highlights if you choose to come in August.

For example, August is when BBC Radio 1 makes its annual pilgrimage to the island offering some fantastic shows including at least one at Cafe Mambo where they bring some of the biggest stars to play as the sun sets over the island.

Want a little more tradition and culture? Then August offers some spectacular Fiestas across the island including …

The Patron Saint’s Day of Nuestra Señora de las Nieves in Ibiza Town or the fiesta of San Bartolomé in San Antonio being just two of our favourites.

The Fiestas will provide you with parades, parties, traditional events, lots of fireworks and a little taste of Ibiza culture for everyone to enjoy.

The spectacle of the Correfuegos at the San Bartolomé Fiesta Ibiza

Art lovers will enjoy the Bloop Arts Festival a free-to-attend art extravaganza that ‘urges the general public to reflect on current social issues through art.’

For those that are not aware the Bloop Festival are the people responsible for the open air gallery across the island where huge murals are painted on the side of buildings. 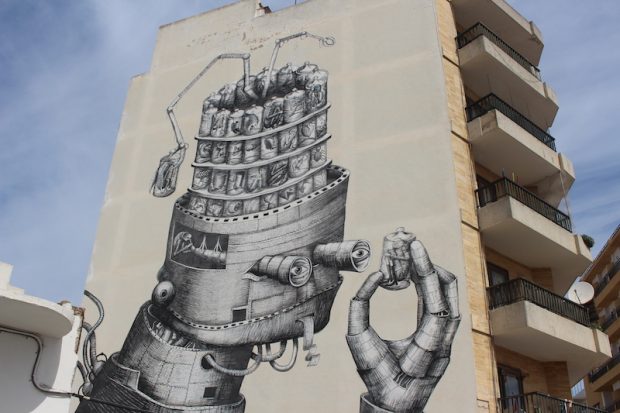 Whilst it may be a little hard to completely escape in Ibiza in August there is definitely plenty to do for all ages whatever your taste. Just remember to bring a little patience and politeness with you and you will love it.