Ibiza is still the party capital of the world 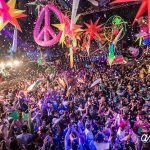 Despite what some have been saying over recent months it is official Ibiza is still the party capital of the world.

The International Nightlife Association has released its rundown of the 100 Best Clubs in the World for 2018 and unsurprisingly Ibiza has come out on top and throughout the listings.

Out of the top 100 Ibiza claimed 13 spots from the island venues which is massive and topped the world by far with no other country even coming close.

Added to this DJ Mag top 100 clubs for 2018 has 8 Ibiza venues listed this just reiterates how popular Ibiza and clubbing still are and that the party is far from over.

So here we go, the Ibiza clubs and venues that made the lists for 2018.

Hï Ibiza had massive shoes to fill when it opened on the former site of Space which is without question regarded as the number 1 club of all time and we have to be fair to Hi Ibiza they have provided a club for the modern age.

With it’s impressive sound and lighting system, diverse music policy, quirky toilets it has sealed its place among the best the world has to offer even if it will always be a little contentious amongst the original Ibiza crowd. 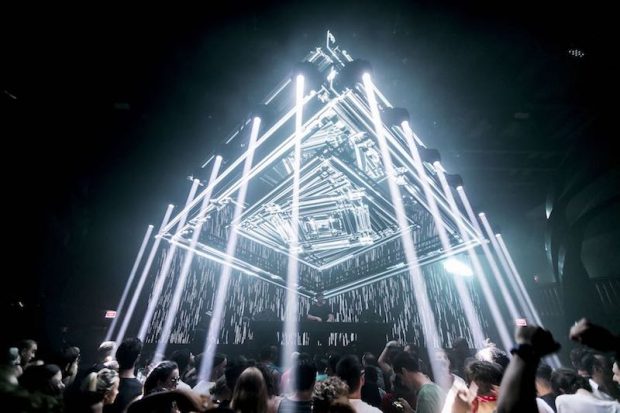 Ushuaia is no longer the newcomer to the party and has over recent years offered the Ibiza clubber a truly immersive experience as well as some of the best performances and productions across the island.

ANTS their own homegrown underground party has become one of the mainstays of any Ibiza trip alongside those huge names which will always draw the crowds.

DC-10 is an icon in its own right and is keeping the true spirit of Ibiza week in week out during the summer and is the true home to the underground movement in Ibiza.

Circo Loco on Mondays has propelled so many DJ’s to greater opportunities it is definitely keeping the original Ibiza vibe alive.

Amnesia is one of our favourite clubs and hosts some of the islands most legendary nights, Elrow which is without question the worlds craziest party with the main room and terrace offering a diverse music policy to suit all tastes.

It may be one of the older venues in Ibiza but it has one of the best sound and lighting systems across the island and is always a great night out it also is the play to be for the opening and closing parties on the island.

Pacha was recently sold and revamped in 2018 but being the oldest club on the island it holds a special connection not only to the tourists but to the islanders themselves who many have grown up visiting Pacha on a regular basis.

It still keeps a nod to the early days of the hippies coming to Ibiza with Flower Power on Mondays which is a definite crowd pleaser. It is also the only club open every weekend all year round. 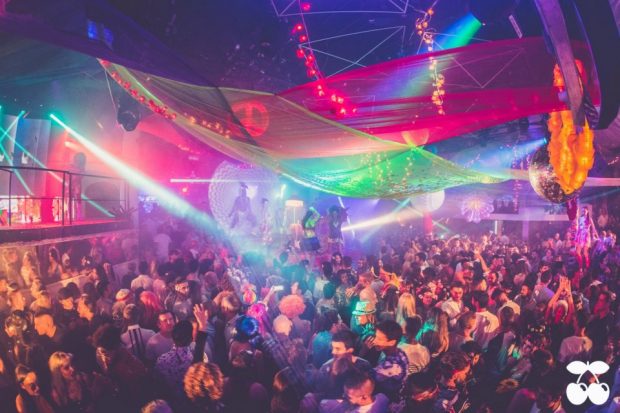 Pacha Ibiza one of the most iconic names on the island

So five venues in the top 10 not bad going but take a look a little further down the list and more of the famous Ibiza venues make an appearance.

The next 3 are the newer modern style venue fusing gastronomy and entertainment into one and then carrying on the party to the early hours with Heart Ibiza INA Number 22, Blue Marlin INA Number 41 and Lio Ibiza INA Number 62.

The daytime to evening venues also get in on the act with Ocean Beach (now O Beach) INA Number 66 and the legendary sunset bar of Cafe Mambo INA at number 80. 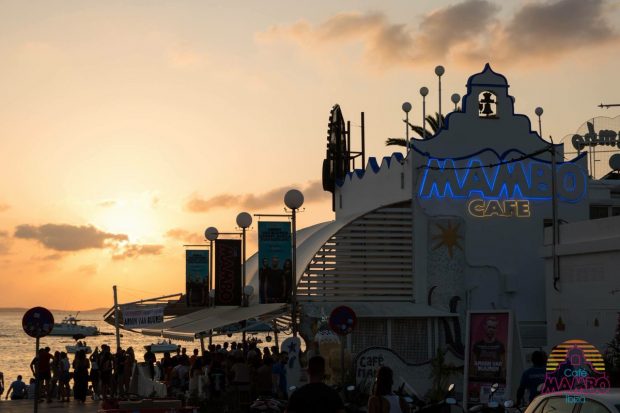 Sankeys makes the DJ Mag list at 69 while Eden sneaks back into the DJ Mag top 100 at number 74 which is fantastic to see the hard work put in over recent years is paying off for a truly underrated world class venue.

So from two similar lists that’s 14 Ibiza venues leading the way worldwide, this as ever proves that despite recent changes on the island and all the talk that Ibiza has lost its way and it’s not what it used to be that Ibiza is still the party capital of the world.

So let’s bring on Ibiza 2019 and see what these and other Ibiza venues have to offer.