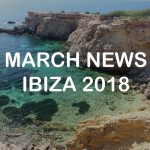 Wow what a month it has been for news and announcements on the white isle so here is our Ibiza News roundup March 2018 bringing you up to date with all that’s been going on.

We start with the most contentious issue which is the West End in San Antonio, where it was confirmed by San Antonio council that more measures will be brought in this year to try and reduce the noise in the area.

The biggest change will see the bars, restaurants and takeaways across the 5 streets that make up the West End having to close 2 hrs earlier  at 3am instead of 5am.

Those with terraces will have to close them at midnight and have all the furniture put away by 1230am. You can read a full list of the measures courtesy of Man in San An here and an opinion piece by Nick at The Ibizan here.

What the future holds for this area we took a look at here but to say it will have an impact on the town is certain but whether it is a good or bad decision by the council only time will tell.

In brighter news from San Antonio, Ibiza Rocks Hotel confirmed yet more pool parties and will see the return of Rudimental for a 9 week residency on Thursdays as well as the return of Cuckoo Land on Fridays.

Garage Nation will also hold 2 parties in June and 2 in September poolside at the iconic ibiza venue.

Away from San An and the rumour mill was beating heavy that the longest running party Cream Ibiza was in doubt this summer.  However as with most Ibiza rumours it was only partly true and Cream Ibiza will continue ot’s run on the island but in a new home at Hi Ibiza on Sundays nights with the first 3 headliners being Steve Angello, Diplo and Hardwell.

The other great rumour mill gossip was about the future of Sankeys.  With several stories that it had closed for good or been sold doing the rounds again.  There was some truth to it all, yes it has been sold to new owners, but it will open this summer and some of its weekly parties will continue. More on this as we get it.

Two parties who have moved away from Sankeys are Abode and Do Not Sleep who have joined forces to fill the now empty slot at Amnesia on Thursdays a great combination and will keep Thursdays at Amnesia on the map for 2018.

Amnesia also announced a brand new party for Mondays called Pyramid which promises a return to the old Ibiza vibes but we shall have to wait and see who and what that entails in the fullness of time.

Afterlife have also moved to Hi Ibiza on Thursdays leaving Privilege with only one confirmed party this summer so far with Resistance on Tuesdays but their first round of line ups contain some serious heavyweights inc Carl Cox, Loco Dice, Richie Hawtin, Seth Troxler and more.

DC10 have confirmed CircoLoco on Mondays and Paradise on Wednesdays for this summer keeping the Ibiza faithful truly happy.

Eden added Bongo Bingo with So Solid Crew to their weekly roster and the first line ups for Defected on Sundays were also released. 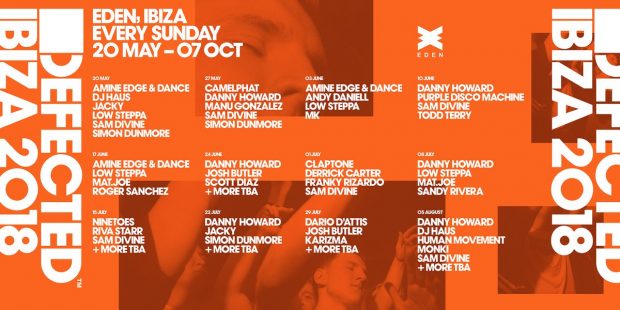 Ushuaia confirmed the return of Martin Garrix with the Hard Rock Hotel bringing back Children of the 80s on Friday evenings.

You can see a full list of what’s on when via our quick guide here or via our full Ibiza events calendar here.

Moving away from the clubbing in Ibiza, the bus service has been expanded on Fridays, Saturdays and the eve of public holidays to run later into the night all year round. This is great news for those on the island and tourists visiting out of the main season. You can find all the details here.

Lastly, the Ibiza tourism board launched a campaign called “Love Ibiza”. The aim is to raise awareness of the need for sustainable tourism in order to secure the future of Ibiza.

Speaking at the launch, President Torres said, “tourism has been the key to the development of the island, we cannot survive without tourism, but at the same time we must make steps towards sustainable development.”

Vicente Torres pointed out that “residents, visitors, businesses, workers, and first of all the institutions of the island, must all come together in an understanding of the need to preserve the landscapes, coastlines, monuments and culture of the island” because “tourism in the twenty-first century is a tourism that respects and values the place it visits. It is a tourism that does not degrade the destination, but instead it contributes in a positive way.”

This shows there is far more to Ibiza than just the music and clubbing side to the island and moving forward it will be great to see its culture, food and sporting side being opened up to many more tourists.

So that’s it for our Ibiza news roundup March 2018 and keep up with us here on the blog for more news, views, reviews and info as the season unfolds.