- The Ibiza Season is getting longer - The White Isle - Ibiza Blog

The Ibiza Season is getting longer 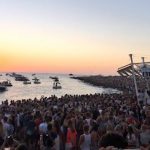 The Ibiza season is getting longer which seems to be the master plan of many of those in charge on the island.

This has sparked a huge and complex debate not only between islanders themselves, but also with the politicians and tourism bosses with some calling for it to stay open and wanting to promote Ibiza as an all year round destination.

Historically the island throws open its doors on the 1st of May and then closes them again by 31st October which runs hand in hand with the summer flight schedule.

This gives Ibiza a 6 month tourist season and a 6 month winter season for both the island and islanders to recover from the madness of the summer.

The 6 month summer season is further reduced by the bigger clubs not opening until the last weekend in May and then closing again in the first weekend of October.

So means the appeal of Ibiza to many of the tourists wanting to visit the island is reduced to around only 4 months.

Outside of these months a few hardy tourists do come with the growing number of direct winter flights from many locations across Europe (not the UK I may add) and these tourists are looking for a little peace and solitude away from the hustle and bustle of normal life.

The reality is that a winter tourist season in Ibiza does have limited appeal, the weather is hit and miss, many restaurants and hotels are closed, sea based activities are virtually none existent, laying out on the beach and dipping into the Mediterranean becomes a brave man’s sport. 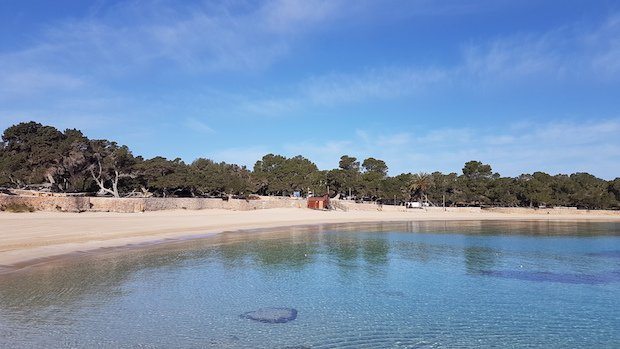 Cala Bassa near deserted in winter but as beautiful and peaceful.

Yes there are things to do –  health retreats, walking, cycling, markets, fiestas and the like but even so without the guaranteed sunshine, the glorious beaches with warm seas and the big events we feel that the appeal is limiting to the majority of holiday goers who will look elsewhere for a winter getaway.

While the debate rages on as to what’s best for the island from an environmental viewpoint and from an over worked summer workforces’ view there does, however, seem to be a slight shift to open Ibiza earlier this year even if only by a few weeks.  Helped no doubt by the late date of Easter.

This year will see many venues, beach clubs, hotels and restaurants including some big names starting earlier than ever before for example.

The shift may be small and far from opening the island to a year round tourism boom but it does look like the fringes are expanding and whether it is sustainable from numbers of people attending to the environmental impact or not we will have to wait and see.

But with so many venues and events starting earlier this means that the workforce will need to be in place earlier and therefore the summer workers looking for their dream job will also need to arrive a little earlier as well.

With tourists, spurred on by very cheap flight prices, arriving that little bit earlier on the island and with more open and more to do it does seem the Ibiza season is getting longer rightly or wrongly.