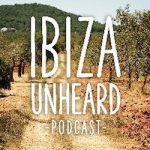 A new podcast, Ibiza Unheard has been launched which delves deeper into Ibiza through the stories of those that call the island home or have a life long passion for the island and its unique place in the world.

We caught up with James Regal the podcasts producer and host to find out more about Ibiza Unheard, his love of Ibiza and to get his thoughts on the island and its changes in recent years.

A huge welcome to the White Isle blog James, it’s great to have you here with us today, you have a huge passion and love for the island of Ibiza so to kick off when did you first visit and what is it about the island that you love so much?

My first ever trip to Ibiza was in the summer of 1998 – a family holiday with my mum and two younger brothers. We had gone over to visit her friend who had moved to Ibiza just a few months previously. I was lucky enough to be taken one night by a couple of people to Cream at Amnesia and that whole experience blew my mind. I was immediately hooked. I’ve been back almost every year since, either on holidays or to live and work there for the summer.

There is so much to love about Ibiza and I’ve had some incredible experiences over the past 18 years. I think it’s the fact that there is something there for every part of me. I like to party but I also enjoy the more natural areas in the north, the spiritual side, the smell of the pine in the campo, the energy of the place both in summer and winter. I’m also a huge fan of electronic music and I’ve been DJing for several years, so there’s no better place to get my inspiration from.

Where did the idea for the Ibiza unheard podcasts come from?

I got into listening to spoken-word podcasts a few years ago and have become a bit of an addict. My life is very seldom silent as I’ll always have an episode of something playing on my phone. I love shows like the Joe Rogan Experience or the Duncan Trussel Family Hour where they speak to guests from all walks of life for up to 3 hours at a time in a very relaxed, fun and natural way.

Towards the end of 2015 the idea just popped into my head that it would be cool to create a podcast about Ibiza, but one that tells the story of the island through some of the very unique people that I’ve come across over the years.

I’ve recorded loads of DJ mixes before but I don’t have any prior experience in radio or podcasting. So I just saw it as an opportunity to have fun, develop a new skill and share my passion for Ibiza with anyone who might want to listen.

So far you have released two podcasts can you tell us a little about your first guests?

There was really only one guest I ever considered starting this with and that’s my good friend Rachel – the very same person who my mum took us to go and visit in Ibiza all those years ago. I’ve physically witnessed a lot of her successes and struggles in Ibiza and she really has an incredible life story with a huge amount of love for the island, so I was very fortunate to have the perfect guest ready to go.

In that first episode we talk a lot about what brought her to the island and what it was like trying to set up life there as an English expat on her own with three children and no grasp of the Spanish language. Rachel now has an amazing job running events at the Atzaro Hotel, and she put in a huge amount of hard work perseverance to get to the point she is today. I hope listeners find her story inspiring.

Episode 2 is with a fantastic DJ called Howard Hill. He basically did what I did at 23 and moved to Ibiza to pursue his DJ career – except that he was about 60 years old at the time. That’s obviously a fun story to cover, but as he’s such a music lover we also spent a lot of time talking about his take on the craft of DJing, and dissecting what the term ‘Balearic’ music really means.

What upcoming podcasts can you give us an insight too?

As I speak, I’m still in the process of confirming guests and getting them recorded, so I don’t want to say too much. However, I’m excited to say that episode 3 (out now) features the author and journalist, Stephen Armstrong. He wrote ‘The White Island’ – one of my favourite travel books about the history of Ibiza, which came out a few years ago. From reading his book it was clear he has a very similar affection for the island as I do and some very funny stories, and of course he’s a pretty renowned journalist in the UK, so it was huge for me when he agreed to come on the show.

Another upcoming guest works a lot on the environmental and conservation side in Ibiza, which will be fascinating to hear about. 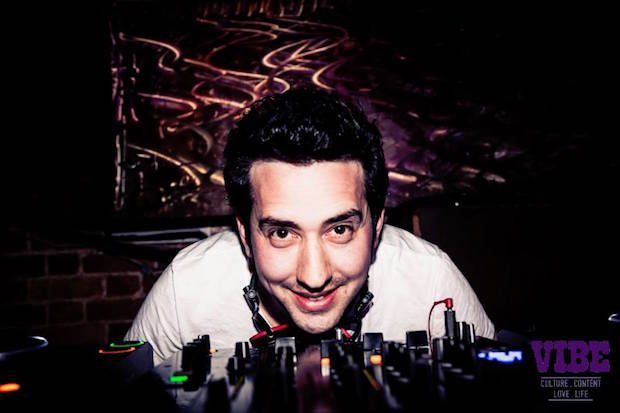 What do you hope that people listening to the podcasts will gain from them?

First of all, I hope that it gives Ibiza-lovers, and even those who don’t know it so well, a very honest insight into the true spirit of the island, as well as some of its history and current landscape. Everyone knows about the superstar DJs, the celebrities, the nightlife etc. but with Ibiza Unheard I hope to go deeper than that and highlight some of the more unsung heroes.

Other than that, I would love for listeners to feel as inspired as I do by the stories being shared by our guests, and channel that positively into their own lives somehow.

Where would you like the future of Ibiza Unheard to be?

Of course I’d love to have lots of people subscribing to and enjoying the podcast. But I genuinely didn’t start it with the aim of becoming the next big thing with thousands of downloads per episode. I just hope that as more people discover Ibiza Unheard, it allows me to have fun meeting and talking to lots of amazing new guests, make new friends on the island and share their stories with the audience. Whether that’s 50 people or 50,000.

On that note, if anyone reading this thinks they would be a great podcast guest, or perhaps knows someone who would, I’d be delighted to hear from them.

Does it frustrate you that many people only view Ibiza as a one trick pony party island and that there is so much more to the island than just party and drunks?

I’m not sure I’d say it frustrates me. Although even today I sometimes find myself telling someone that I’m going to Ibiza and being greeted by a slightly sarcastic frown – as if to say that it’s just somewhere us Brits go to get drunk and cause carnage.  And then I go off on a long speech about how it’s so much more than that, as if I work for the Ibiza tourist board! If people don’t like it they don’t like it, but it’s their loss. I wouldn’t want Ibiza to ever lose the partying and the drinking part though!

Many people will say that with the changes to laws and the like that Ibiza has lost its magic, for someone who truly knows the island do you feel that the magic of Ibiza is waining?

I think a lot of the law changes have been quite positive from an infrastructure point of view. And besides, I think we all know that a lot of the legendary things that happened in Ibiza weren’t always done within the confines of the law! For me, my main bugbear is more to do with how the commercialisation of the Ibiza has lead to an influx of the St. Tropez type of lifestyle, which seems to be very superficial without giving much back. That’s not just an Ibiza issue though.

I believe the magic is still there. But it’s a very personal thing and maybe others don’t agree. For me, I can still chill on the beach at Benirras or Cala d’Hort or dance to great music over at Sa Trinxa and be overcome by a kind of happiness I rarely experience anywhere else in the world.

For centuries Ibiza has seen different civilizations and ways of life come and go. Perhaps now we are in the middle of the next shift, but the essence of the island will never disappear.

I’ve also spent a lot more time in Ibiza in the off-season the past couple of years and you really get to appreciate the beauty of the island when it’s not overloaded with tourists. Not to mention the freedom of driving all over the place with hardly any traffic.

A huge thank you to James for giving us an insight into the Ibiza Unheard podcasts and his views on Ibiza.

You can hear the podcast on the Ibiza Unheard website here ibiza-unheard.com or you can download them from itunes here