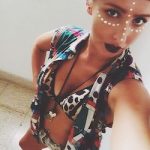 We first met Amanda in 2015 after she had arrived in Ibiza for a holiday and like many decided to stay on for the rest of the summer season.

She fell in love with the island its people, places and of course its parties and returned this year for a full season of Ibiza mayhem.

We caught up with her over a coffee back in the UK to find out how her 2016 season went, to find out her memories of the season and for her advice for others thinking about doing a summer in Ibiza.

Welcome to the blog Amanda, you have just returned from Ibiza and have been working for Ushuaia across the summer helping to promote their events how did you end up working for them?

Thank you, Tristan! Yes, I have been home 2 weeks now after the most amazing 4 and a half months of my life. I was so fortunate to have been able to work for Ushuaia this summer.

Last year I worked in the Highlander in the West End in San Antonio which was the daily meeting point for all of the Ushuaia staff and so I got to know the team. I decided then that if I was to return to the Island to work that I would want to be part of the Ushuaia team for 2016.

Meeting them all last year made getting the job more of a simple process for me as I had a good relationship with Lianne the PR manager and was able to keep up with her on Facebook to see when she was looking for staff. There were 2 recruitment dates, one in Manchester and one in London. I flew down for the London date in March and a couple of days later I got the call from her to say that I was going to be part of the team! 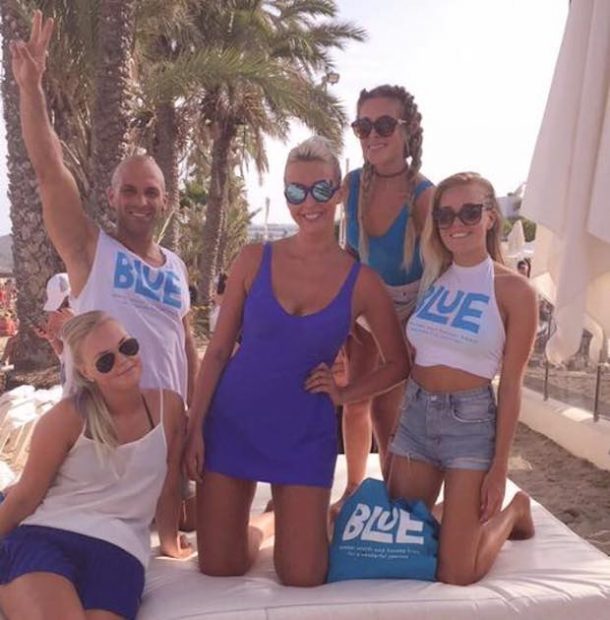 Did you find it difficult to sort out accommodation before you arrived on the island?

Initially we found it very easy to get accommodation. Six of my friends and I had an apartment booked from February, deposits paid, the lot. Then 4 days before I was due to fly over the agent that we booked the apartment through informed us that we wouldn’t be able to live there anymore.

This was a really stressful time for us as we were such a large group and were adamant that we all wanted to live together. There was almost nowhere at all left to stay  and we were really worried about whether we would manage to find anything at all.

However, luckily a couple of days after I arrived we managed to find somewhere suitable. Sandra who works at Godfathers in the West End is also a manager for a few workers apartments and she had one seven bed place left.

We moved into the Lemon Tree apartment a week later after staying in hostels and lived there happily until October!

You lived in San Antonio, why did you choose to stay here as opposed to Playa D’en Bossa?

I didn’t really choose San Antonio over anywhere else, it just kind of happened. When I was on holiday last year (2015) we were staying in Ibiza Rocks Hotel in San Antonio. When I decided not to go home I had already met a few people who were living there and it made sense to just stay where I was.

I can’t really comment on how it would be to live and work anywhere else on the Island as I don’t actually know any other British people that work anywhere other than San Antonio.

However, I think that this probably speaks volumes for how big the community is for British workers is in San An. The community there is amazing, by the end of the season I couldn’t walk down a street without bumping into someone I knew.

Yes other areas on the Island are more beautiful and have way more culture but if you’re going to live/ work/ party for the majority of 5 months you probably do want to be staying somewhere where English is the first language and there is a huge community of people from your country.

There is also loads to do there and some of the best bars and restaurants across the Island are in San Antonio. 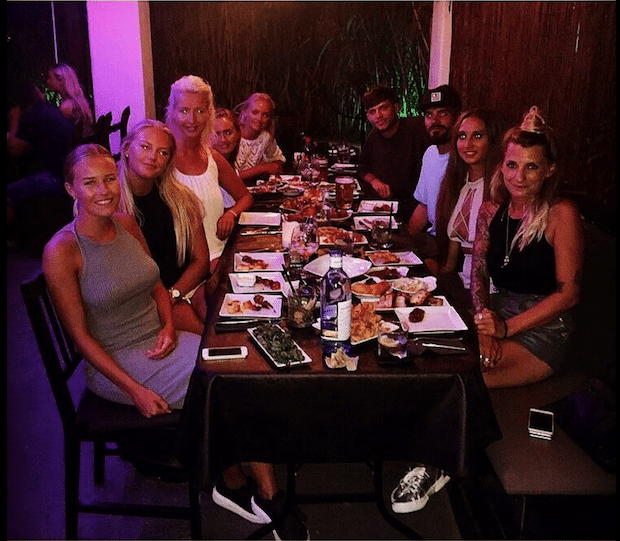 As part of your summer you made time to explore the island away from the big resorts, what great places did you find?

Yes! I was actually really proactive about exploring the Island. We rented cars a few times and can gladly say that I have seen every side of the Island. A lot of people have a preconceptions about the place, that it is just solely partying and they are completely wrong.

There are loads of amazing beaches, particularly in the North where my favourite beach Benirras is. Not only is this place absolutely stunning, there is an amazing atmosphere where you feel as though you are in old school hippie Ibiza.

Any day you go here, you will find real Ibizan hippies who have set up their own market stands and as the sun sets they will also be playing their bongo drums. However Sunday nights are by far the busiest, the bongo party is massive and get’s quite crazy. 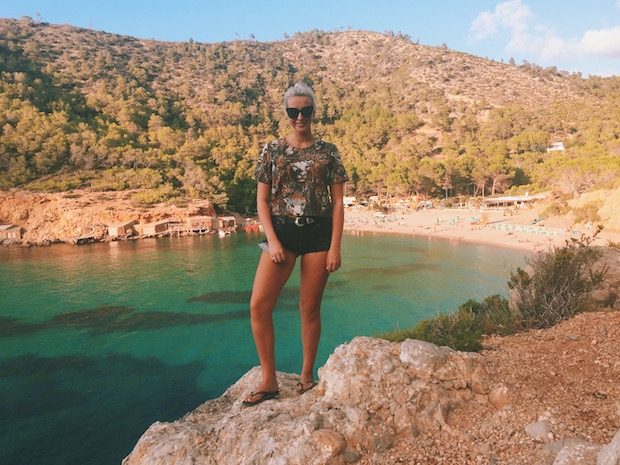 Benirras beach in the north of Ibiza, one of Amanda’s favourite spots

Another day that stands out to me is the one where I took it upon myself to go to Ibiza Horse Valley. I cannot recommend this place enough. This is a horse ranch set up in the middle of the island by a lovely Dutch couple David and Monique.

What they have done for the 16 horses that live here is just incredible. They have saved them all from some of the most horrendous situations imaginable across the island and now have 16 beautiful, healthy and tame horses that are very happy and rideable.

I’m an experienced rider and was lucky enough to get booked into a ride where everyone else was of a similar level so there was no holding back. I spent about 4 hours at the ranch which included feeding, grooming and of course riding the horses around the mountains and taking in the most stunning views of Ibiza.

Ibiza is famed for its parties and we know you tried your best to experience them all. Which would you say are the standout parties of 2016?

Of course for me I would have to say that my favourite event was BLUE at Ushuaia! Blue was the brand new Tropical House night this summer at Ushuaia and I was part of the core team for the event.

I think anyone that attended BLUE will agree that we did a great job, as the event was amazing from week one. I genuinely feel so lucky to have had this experience, jobs like this are extremely rare on the island and I would not have had even close to as good a summer if it wasn’t for BLUE.

I had my favourites at other clubs too…. El Row at Space is just THE one…  and I miss spending my Saturday night’s in Space fighting for inflatables haha! 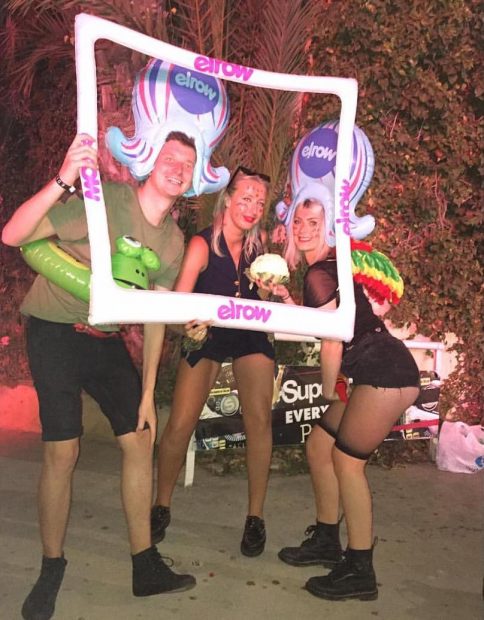 Amanda enjoying the best parties the island has to offer – Elrow

What advice would you have for those thinking about doing a season in Ibiza?

For anyone thinking about doing their first season in Ibiza my advice would be to prepare before you get there. I know I was lucky when I stayed on holiday last year but I saw lot of people having to go home in May/June because they hadn’t sorted out jobs or accommodation before they arrived and they just didn’t manage to ‘wing it’.

It’s important to have your paperwork organised before you get there as well. An NIE is absolutely essential if you want to get a decent job. These take around 3/4 weeks to process in the UK so it’s best to get it done with plenty of time before you leave.

Join the workers pages on Facebook (ed: links here). Any question you have will be answered by people who know what they’re talking about. Don’t use them to ask for guest list though, it’s not etiquette.

Did you find any downsides to doing a full summer season on the island?

There were loads of downsides to my season, but as cliche as it sounds they don’t even compare to all of the amazing experiences I made.

My main one was money. I’m terrible with spending at the best of times and found it really hard to budget on workers wages. I was one of the lucky ones working for Ushuaia who pay way more than a lot of other jobs but I still found it very hard to budget. I have a chronic fear of missing out and there is just so much to do every day on the island and of course you can’t do it all.

Also I was really lucky to be able to live with my pals who are also Glaswegians which made it a lot more homely.  But even so, it can get a bit much living with 6 other people in one apartment with 3 bedrooms, 1 tiny bathroom and no air con especially in July and August when the heat gets unpleasant. 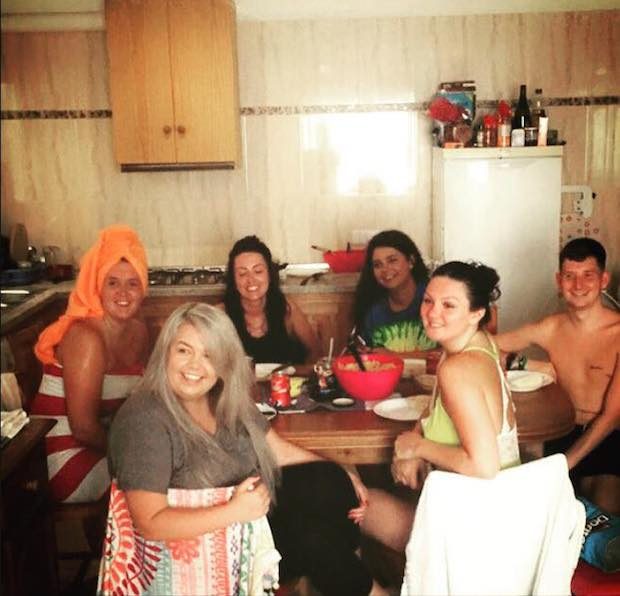 Saying that, I was probably (definitely) the messiest so I had no right to moan really.

What has been your favourite memory of your Ibiza 2016 experience?

Ahhhh! This is too hard. Can I pick two? They were both in the last week…

My first one would be ANTS closing at Ushuaia. This was such a surreal experience. My two best friends Tove and Amanda were lucky enough to be given backstage passes which meant we got to spend the night right next to Kolsch (my favourite artist of all time) playing B2B with Joris Voorn and Andrea Oliva. So much fun!

Here is a video that I took:

My second favourite moment would have to be Space’s closing. Maybe not so much a moment, more like 10 hours but just such an incredible night that exceeded the highest of expectations.

The best bit for me, and I’m sure anyone who was there will agree, was Paul Reynolds set on the Sunset Terrace. He played classics for 8 hours and everyone knew how lucky they were to be there.

The buzz in that room was unreal. Everybody jumping about to Paul Young’s “Love Is in the Air” during the final couple of hours of the club after 27 years is something I will never forget.

Now you are back in the UK what are you up to now?

Now I’m keeping busy with promotional jobs while I look for something full time. My dream is to have a career in events/ music/ marketing and I’m seriously considering a move to London to fulfil this.

Do you have plans to return to Ibiza for another summer season in 2017?

No… I will never be this skint again haha!….. although I never say never again so who knows what next year may bring.

Our deepest thanks to Amanda for her time and for giving us the inside scoop on working in Ibiza.

If you have any questions about working in Ibiza please ask away below or check out our other Ibiza workers blogs here full of useful information.