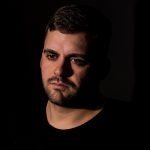 2017 will be Max’s biggest Ibiza season yet with several appearances for Do Not Sleep at Sankeys and Beside the Pool with Cuckoo Land as well as gigs for Elrow at Amnesia and at Blue Marlin.

We sat down with Max and over a cold beer or two and talked about life as a DJ and his love for Ibiza.

A huge welcome to the White Isle blog Max and first off what makes playing in Ibiza so special for you?

I know it sounds like a cliché but there is definitely something magical about this island, everything that’s fun is magnified 10 times over. The vibe is obviously great as most people are on holiday and if they are not, then they live and work there, which is basically a holiday!

You are playing for Do Not Sleep at Sankeys and at their own pool party Cuckoo Land at Ibiza Rocks hotel this summer, do you see this growing trend of outside by the pool gigs the future of Ibiza music life or do they complement the nightlife already on offer?

To be honest, I never really imagined that pool parties would suit my sound but it’s a very different kind of party during the day; it’s still a lot of fun playing the pool parties and I have definitely learnt a lot while playing there, but for me, I belong in a dark and dingy club.

I have got a few dates at Sankeys with Do Not Sleep during the second half of the summer which I am really looking forward to – the pool parties offer something different to people, but I don’t think that the nightlife of Ibiza will ever be replaced.

We have to mention Elrow for which you have had great success with and currently have a track released with “Amelia”.

Their parties have become known as the world’s craziest but yet it’s one many brits will have never heard of. Can you describe what an Elrow event is like and why it should be on everyone’s must do Ibiza list?

It’s nuts. It is like living in a dream world for a few hours! There’s so much colour around with the confetti and the inflatables, and not to mention the decor that they put up for every show. It truly is the most mental party out there and definitely the most fun. 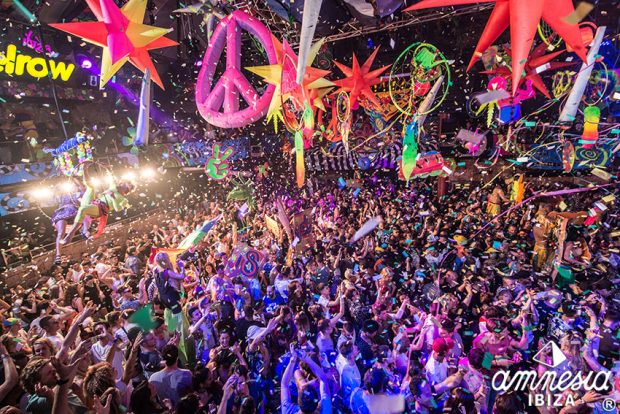 Max will be playing Elrow, the world’s craziest party at Amnesia Ibiza this August

Ibiza has been the mecca for DJs and music lovers for over 30 years yet many people say the island is losing its magic, do you feel this is the case or that Ibiza is just evolving and adapting to changes in culture and the modern era?

I don’t think it’s like it used to be but then I wasn’t around then. Back then, the news of a party was spread via word of mouth and a few posters, and you’d get the right crowd there. These days it’s thousands of pounds worth of press and promotion just to make sure you get a good amount of people there, whoever they are. You can’t expect things to stay the same forever, but change isn’t always a bad thing.

We know your summer schedule is crazy with gigs across the UK and Europe but when you do get a few days to relax?

Well I usually have most of the week either at home or in the studio when I’m not in North or South America, and to be honest, me and my girlfriend do a bit of travelling during the week to kind of get away from the madness of our lives as she owns a very busy Hair and Beauty Salon. We are actually off to the Algarve in a couple of weeks – no gigs, just sun, sand and sea.

For the next generation of DJ’s who want to become regulars in Ibiza what advice can you give them on how to succeed in this unique party paradise?

PRODUCE MUSIC! And I don’t mean get an engineer, I mean graft for it. A few hours a day, every day, week-in, week-out and it will come. 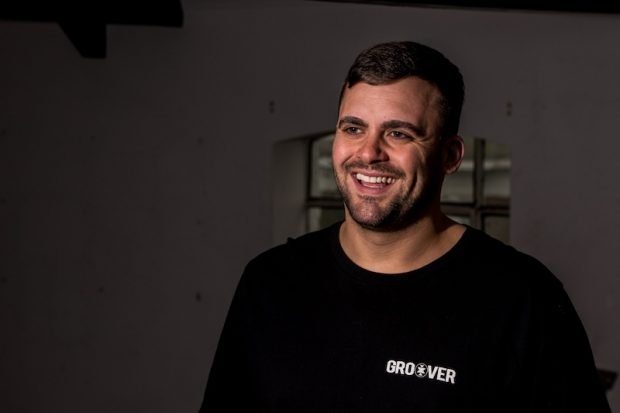 Max Chapman DJ, producer and Ibiza regular on the decks.

You have said you want to be playing in Ibiza for the next 25 years, how do you see the island developing in future years especially as many feel the island is at breaking point not only for the numbers of visitors but also the number of events and parties which many say is unsustainable?

I’m not sure really, I would like to think that more little places are going to pop up around the world like Ibiza, I know they are pushing for something similar in Dubai but what kind of effect that would have, I have no idea! All I know is that I want to do this for as long as I can.

Our final question which has become a huge debate on the blog in recent weeks, which do you prefer in Ibiza the sunset or the sunrise and why?

100% the Sunset, it’s all about eating and drinking with friends and not taking your eyes off of it until every part of it has dropped below the horizon. Don’t get me wrong, sunrise is amazing, but for me as soon as that sun drops it’s party time!

Our deepest thanks to Max for taking time out to share a beer with us and giving us the lowdown on his Ibiza summer.

You can catch Max at Do Not Sleep at Sankeys, Cuckoo Land at Ibiza Rocks Hotel, Elrow at Amnesia and at Blue Marlin this summer.

You can also follow Max online via his website www.maxchapman.com on Social Media here facebook.com/Chapman.Max, Twitter @djmaxchapman and of course all his latest releases on Soundcloud here soundcloud.com/max-chapman.