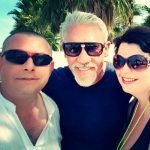 Wayne Lineker is synonymous with Ibiza and its party lifestyle but beneath the showman exterior lies a serious businessman with several different ventures in and around San Antonio, notably Ocean Beach, Linekers Bar and of course the Skinny Kitchen restaurant.

He is also a great champion of San Antonio itself, as of course are we here on the blog, so we sat down with him over a very healthy breakfast at the new Skinny Kitchen restaurant beside the marina to find out more about his upcoming season in San Antonio and his thoughts on the changes and on Ibiza in general.

Probably one of your best known enterprises in San An is Ocean Beach which celebrates its 4th year this summer.  It has to be said that many questioned the vision of yourself and business partner Tony Truman in setting it up, what do you believe has been the key to its success?

It’s hard to pinpoint any specific reason it’s been such a success but the venue in my opinion is the main factor as its just so right.

Between Tony, myself and my son Duane we have designed a unique place where you can do everything. Drink, chill, dance, bathe, sunbathe, chat as well as listening to great sounds and looking at eye candy all day long ?, it’s a wonderful place to socialise.

As you enter your 4th year of Ocean Beach Parties what changes have been made to the venue to keep it fresh and as crowd pleasing as ever in 2016?

We have added a lot over the past four years. Mainly more beds and raised areas like our new more private Prive area.

We will continue to invest in the business and keep it pristine.

Alongside Scott Mills and Tony, you introduced Ocean Mania in 2014, a floating watery assault course suitable for all. Is this an acknowledgement that San Antonio is also suitable for families with children and that its reputation as just a party town is wrong?

Well we have wanted to add the floating water park for sometime but yes we get a lot of families come and have a bounce and it’s nice to see.

San Antonio has more for children than people give it credit for. 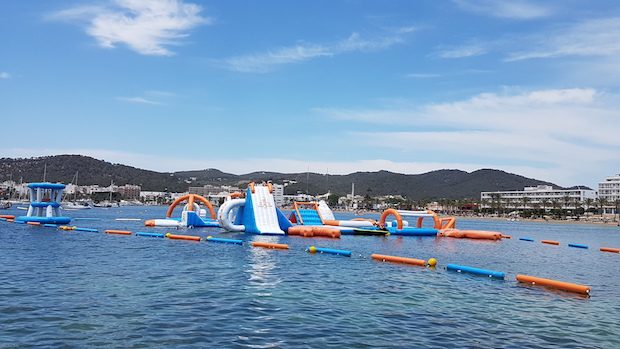 Ocean Mania wipeout course fantastic fun for all the family

In recent weeks major changes have been announced by San Antonio Council (banning of PR’s, no drinks in the street etc) do you feel this was necessary or do you believe with the current laws and the huge investments in bars and hotels that are happening that San Antonio is improving its image naturally?

I am all for cleaning the place up and I think it’s great that they are trying to achieve this but I think some of the rumours of heavy fines and strong tactics are somewhat blown out of proportion as things normally are ?.

You have had your fair share of bad press over the years, much like San Antonio most of it unwarranted and far from the truth. Do you believe that time has come for people to stop reading the headlines and to come to San Antonio to find out for themselves what a beautiful corner of Ibiza it is?

Yes I feel San Antonio has turned a corner now towards getting it’s good reputation back.

I do feel Ocean Beach has played its part in that, along with the new Eden and the Sunset Strip of course and the great variety of great restaurants and bars it will only continue to get better and better. 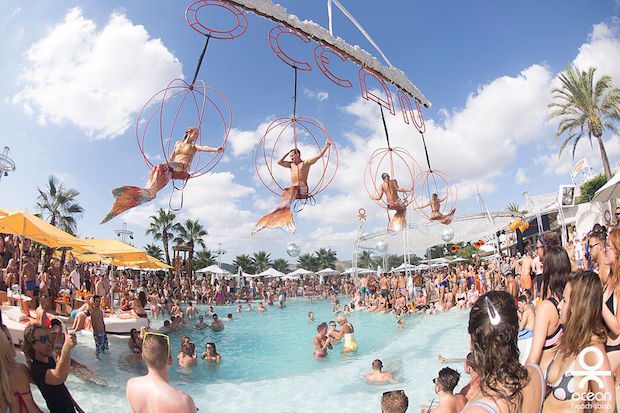 When you are not busy working and get a few hours free with your partner Danielle Sandhu where are your three top places to get away from it all and relax in Ibiza?

Tough one…. I think Destino is a great place and love it there. Cala Conta beach and Cala Bassa favs too.

But if we really want to get away quickly we take an overnight trip to Formentera.

Do you have any future plans for your current businesses or new ventures in San Antonio that you can give us the low down on?

We’re always looking at new things but not too much at the moment.  Skinny Kitchen our new venture is doing great in Ibiza and we are looking to expand it in a big way across the UK with 2 new ones that have just opened in Bournemouth and Canterbury. 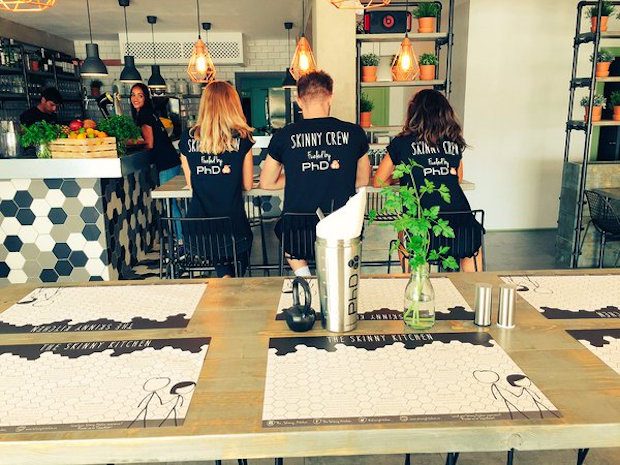 The big news from Ibiza in 2016 is that it is the final year for Space an iconic club loved by many.  Do you feel Space’s closing will have a negative effect on Ibiza and will you miss it?

Ibiza has evolved for centuries and will continue to do so but Space is an icon and will be sorely missed.

That’s one closing party I want to be at!!!

As Ibiza becomes more popular due to world events do you see a new generation visiting the island looking for something a little different and that its diversity as a place for everyone from the partying to yoga and health breaks to quiet beach holidays and everything in between will start to shine through in the coming years?

Yes I’ve already seen things changing for the better and have been approached by people with new ideas and also boot camps popping up everywhere here now so I’m very excited about the future of ibiza.

Where do you see your own business interest and San Antonio in 5 years from now?

I don’t ever look or think that far ahead to be honest. I know one thing though if growth continues at the same rate for Ocean Beach we are in trouble. We will have nowhere to put everyone ?.

Now an interview with Wayne cannot be completed without mentioning Leicester City who defied all odds this year to win the premiership, how proud are you of the current manager and squad who pulled it off in magnificent style?

It’s just crazy what’s happened but do you know what?  We deserved it so much. It’s given hope to every football club in England too which is amazing. I grew up there and it was never that exciting but according to my Dad it’s a buzz everyday. I don’t think I’ll be moving back though. I’m gonna stick with Ibiza ?.

With the Euros kicking off in a few weeks and already a Vardy Party on the cards do you think the current England team have a good chance of winning and if they do will we see an even bigger party at Ocean Beach?

I think Jamie is writing his own story as he goes along and one thing tells me is that he will score the winning goal in the final and we will become European Champions. Who can say I’m just dreaming!!

It’s the best feeling for me though when England play in the big competitions as the atmosphere at Linekers is incredible.

Linekers the place to watch the Euros 2016

Wayne’s own football bar Linekers on the waterfront in San Antonio will be showing all of the matches from the Euros and will be the place to go for England fans to share the excitement of the tournament.

Our deepest thanks to Wayne for taking time out of his busy day to talk to us and we look forward to his future plans for his current crop of businesses and no doubt a few more in years to come.

As he says and we have been saying on a regular basis San Antonio is shrugging off its rather unwarranted image and is moving forward, so it seems San Antonio is on the up and up and has a bright future ahead of it.