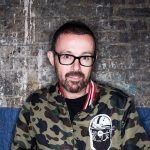 Judge Jules is one of the most recognised names in the dance music world and is synonymous with Ibiza having been performing on the island for the last 30 years as well as owning and living the dream on the white isle.

Midway through the 2018 Ibiza season, we caught up with Jules to get his latest news and views on this summer and his upcoming performances at Eden on Thursdays as part of HOT.

Jules, it is great to welcome you back to the blog how are you finding Ibiza 2018?

It’s been a rockin’ season so far – I’ve had a few short Ibiza trips plus some longer ones, but as always, it’s good to be back. After a season playing at Sankeys last year, I’ve returned to home turf at Eden and the vibe has been fantastic.

You are resident at Hot on Thursdays at Eden Ibiza alongside Fantome and some huge names on the roster this summer. How great is it to see Eden bringing back some big names to San Antonio?

Defected’s arrival a couple of years back was a real statement of intent for Eden, and has brought the club back to the level it was in it’s heyday. Eden had a bit of a blip during the summer of 2013 when Gatecrasher unsuccessfully took over the venue, which temporarily dented its reputation, but over the past few years Eden has been back with (quite literally) a bang. Hot on Thursdays has been a real success story.

What can clubbers expect from your sets at HOT this summer?

Always a difficult question, but you can expect a quirky set that doesn’t remain rooted in one genre. Fundamentally, it’s about the connection between you and the crowd. Generally speaking across all of my gigs, this has been a very strong summer, probably my busiest for a decade, and my Eden sets reflect the biggest tracks of the summer bunch for me.

There are so many iconic tracks being remixed or remastered for the modern day clubber what is it like to drop that one big iconic tune into your set that has stood the test of time?

Having enjoyed a longer career than the vast majority of DJs out there, for me it’s especially important to give a nod back to one’s heritage, as much as it is equally gratifying and important to look forward. To keep things fresh, I tend to do my own edits of any old tracks I choose to play, so that the original spirit is kept, but with a twist for a 2018 crowd. 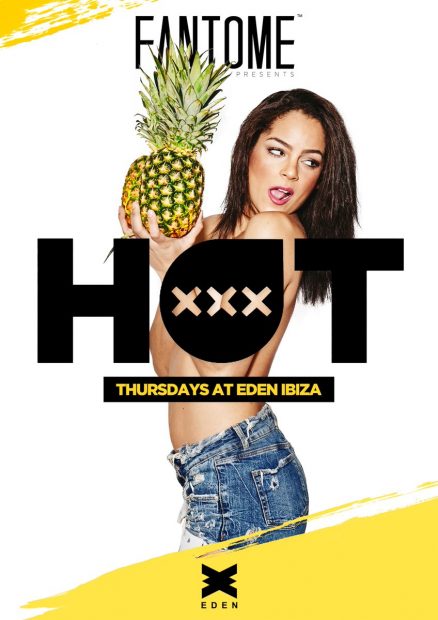 Talking of throwbacks were you aware that Kevin and Perry came of age this year and turned 18?

Wow, you’re right – I’m astounded that it was so long ago. We filmed it in the summer of 1999 and I was sat in the trailer with the cast outside Amnesia at one point, and I had Harry Enfield at my house during that period too. I had quite a big participation in the soundtrack, and therefore felt very invested in the project.

As well as producing the soundtrack you co-wrote Big Girl alongside Harry Enfield and Matt Smith and as much as we are not so sure this track stood the test of time the movie has become close to cult status.  Can you believe 18 years later it still features so heavily in the Ibiza mythology with memes, images and clips still used by many to express their love of the island?

It’s funny because there have been a lot of Ibiza movies, and while K&P is at times quite a silly film, it’s still arguably the best depiction of Ibiza culture on screen (though one could argue that It’s All Gone Pete Tong is a close contender). I don’t think we expected it to have such a cult impact, but even my 19 year old son (who was born around the time that it was filmed) knows K&P and its soundtrack word for word, so the movie really has become part of the island’s mythology. 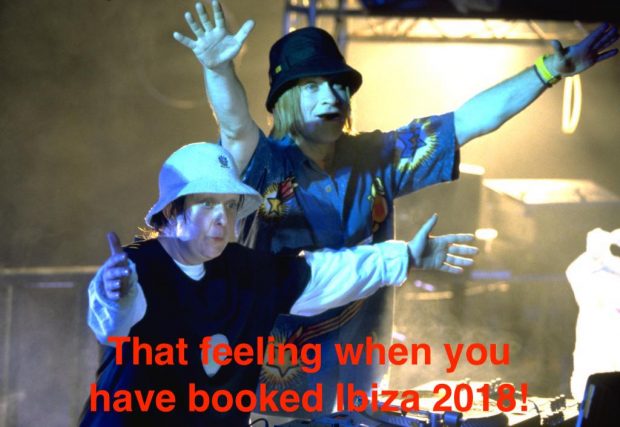 Would you ever like to see a movie about your life and career made? If so who would you love to play you?

In a word – No. I think that, aside from Kevin & Perry, most DJ movies fall flat. Whilst as a DJ I’m fortunate to live a relatively exciting life, which I’m grateful for, ultimately the DJ lifestyle is quite one-dimensional, and therefore doesn’t transfer to the big screen very well.

San Antonio is your hometown on the island and it has seen huge changes this year with the increase in upmarket hotels and the reduction in opening hours of the west end to try and get a balance between tourism needs and the locals needs, do you see this change as a positive for the town?

Ask me again at the end of the season, when the effects of these changes will be much easier to assess. Closing the bars early is good for the clubs, but at the same time the negativity it portrays towards young tourists, particularly Brits, is ill-placed. Tourism is competitive and some Ibiza locals forget that the young clubbers of today are tomorrow’s wealthy family tourists. How are you meant to sell the island to someone in their 30s when they were made to feel unwelcome here in their 20s?

Even with the changes, San Antonio is still the first place many people visit on their first Ibiza holiday -which three places do you recommend going to within the town?

Rita’s Cantina – iconic and very reasonably priced large cafe that is popular with both tourists and locals, with lovely views over San An marina.
Sa Capella – a fantastic restaurant in an old monastery on the outskirts of San Antonio; one of the most incredible settings for a restaurant in the world. Period.
Hostel La Torre – my favourite place to watch the sunset. It’s a bit more of an effort to access than Ibiza’s famous “sunset strip”, but that makes the whole experience a bit more special. 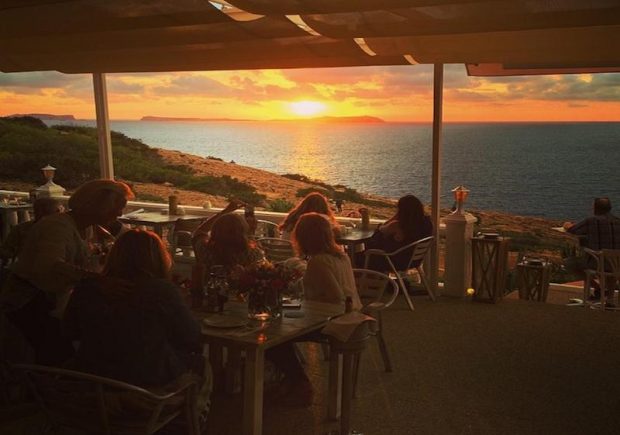 Ibiza for many will always be a party island but there is so more to it than that where do you like to escape to in the busy season to get away from it all?

In August, I’d probably say Mallorca, as Ibiza can’t quite cope with the numbers. The infrastructure of its larger island sister seems to cope better during August. Failing that, hire a car, head to the north of the island and wait for September to arrive…

A huge thank you to Jules for his thoughts on Ibiza 2018 and you can catch him at HOT on Thursdays at Eden Ibiza with more details here and also performing across the UK throughout the year.