One Day in the Promised Land a book by Ryan Greenpike 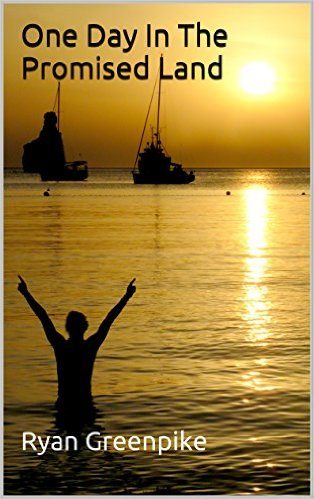 One Day in the Promised Land

Many books have been written about Ibiza over the years but One Day in the Promised Land offers a new and unique perspective of the characters that both work on and visit the island.

It’s a fantastic insight into their lives set over one 24 hour period in Ibiza. The book follows several different people throughout the 24 period and  gives you a real human side to what goes on beneath the beauty of the island.

From the dealer desperate for the loo on the inbound flight into the island, to the club rep organising a true off-the-grid party it is a true page turner.

Each person’s story is divided into several chapters and you will be itching to get to the next part of their story as one chapter ends and you move to the next character’s 24hrs in Ibiza.

All in all you enjoy 12 different characters all with their own story that is told in a realistic gritty and true to life dark manner that seeks to humanise each one as their story unfolds and their crossover into each others 24hrs.

With a fast flowing writing style Ryan has captured one day on the island perfectly. I was gripped from the very first page of the first character and had to continue reading until the very end.

It’s definitely a really good read and a great stocking filler or beach book for anyone who has ever visited or worked on the island during their younger days or is thinking of spending a summer season on the white isle in the future.

A little dark in places but true to the modern world we live in and the realism of people’s lives and what happens beneath the surface of the Promised Land.

tagged with Ibiza, Ibiza Book, One day in Ibiza, One Day in the Promised Land, Ryan Greenpike