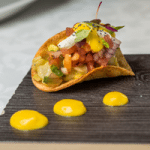 This is a little known gastronomical delight, based in and around San Antonio that takes place every year during the Winter. This year the 8th edition of Pintxa runs from the 18th February until the 24th March every Thursday.

Participating restaurants and bars produce a small delicacy Pintxo a skewer or a delight on bread for €2.50 or a larger tapas for €4.50 both include a beer or wine.

So far for 2016, 34 establishments in San Antonio and 12 from the surrounding areas are taking part in what is becoming a real annual event and hard fought competition between the 46 establishments.

Two of our favourite all year round venues are taking part The Fish Ibiza and Hostal Bar Marino and many more we have yet to try.

Visitors taking part are able to vote on their favourites (either via the printed map or via the Ibiza Things To Do app) alongside a team of Judges who will visit all each venue and selecting the top 10 who go through to the final with one lucky winner being selected as the  Winner of Pintxa 2016.

Visitors to attend at least 15 establishments to take part in Pintxa 2016 will receive a free t-shirt as a thank you for their participation. 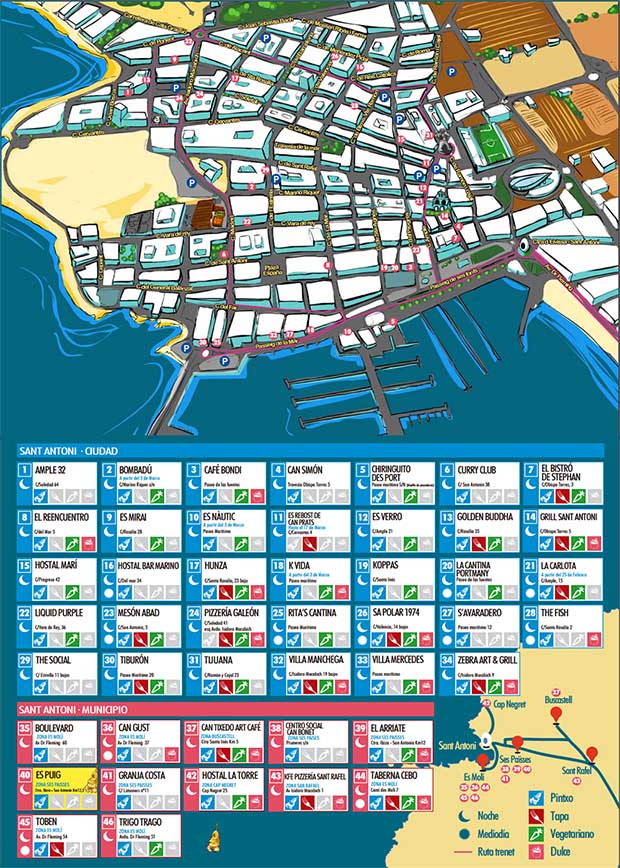 It seems a win-win.  It’s a very organised,  Ibizan style food crawl with free transport and a t-shirt for taking part.  This is my idea of gastronomic heaven