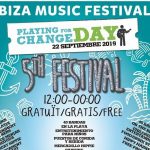 September is a great month to be in Ibiza. The crowds are slowly dwindling, closing parties are in full swing and it’s also the month when charitable music festival, Playing for Change comes to the shores of Cala Llonga.

This international music festival has been running in Ibiza since 2011 and is a bit like a scaled down version of live aid. Each year, many different countries, host concerts on the same day to raise awareness for its cause.

The charity, Playing for Change Foundation, works directly with communities in 11 different developing countries, where they provide free music, singing, dancing and other creativity classes to young people.

Their aim is to “create positive change through music, arts and education”. Since it began in 2007, it has opened 15 music schools around the world. Last year Ibiza raised 8000 euros for the charity on Playing for Change day.

It’s a really special event that brings the community together. It’s sponsored by the local council and businesses, with organizers, helpers and musicians, all providing their services freely, on a voluntary basis. The is no charge to attend, but you can make a contribution to one of the many donation buckets circulating at the event.

A lot of work goes into creating this special musical celebration. It has four stages, children’s area, hippy market and food stalls. The two main stages are set up on the beach so you can dance away bare footed in the sand. 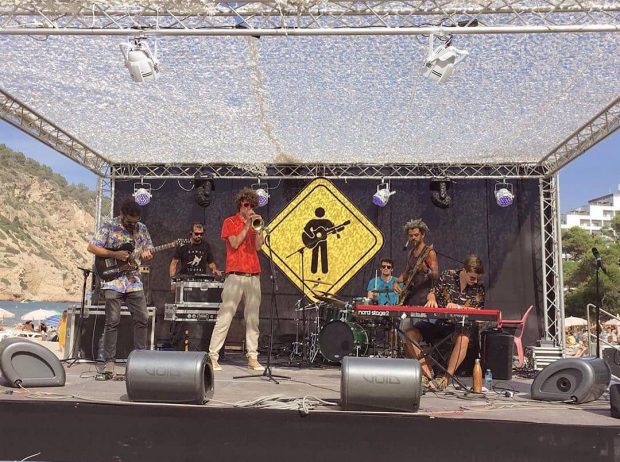 The other two smaller stages are set up in the hippy market and food area. The party lasts for twelve hours with over 35 different bands and musicians performing.

For the kids, there’s a huge play area complete with geodesic dome for them to climb around and a full line up of full activities throughout the day including kids yoga and storytelling. On the huge hippy market that runs along the back of the beach, kids can get their face and bodies painted too.

It’s great to see all of Ibiza’s musicians come together, this year there were even a few international artists, including American guitarist, Luke Winslow King. The range of music is very diverse, you’ll find reggae, funk, rock, folk and jazz, all with their own little bit of Ibiza uniqueness mixed in. 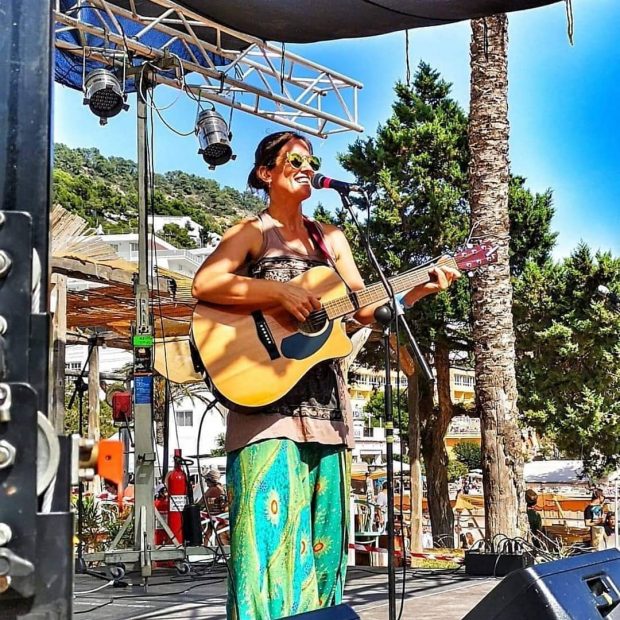 A lot of the bands have been playing in Ibiza for many years now such as, Ras Smalia, BackBeat, Hot Ice Collective, Miles Island and the Brand New Hippies.

They played a great mix of original sounds alongside covered classics to get everyone in the mood. There were also some great drum and percussion performances by the Ibango Tribe, Calypso Steel Band Ibiza and Percussion A Tutiplen, and also an amazing flamenco set by Pedro el Chacho.

If anyone ever tries to tell you that Ibiza is all about repetitive electronic music, then this event surely proves them wrong. It’s a really well organized festival that showcases Ibizas musical talent, while at the same time, it raises awareness and funds, for a very worthy charity. 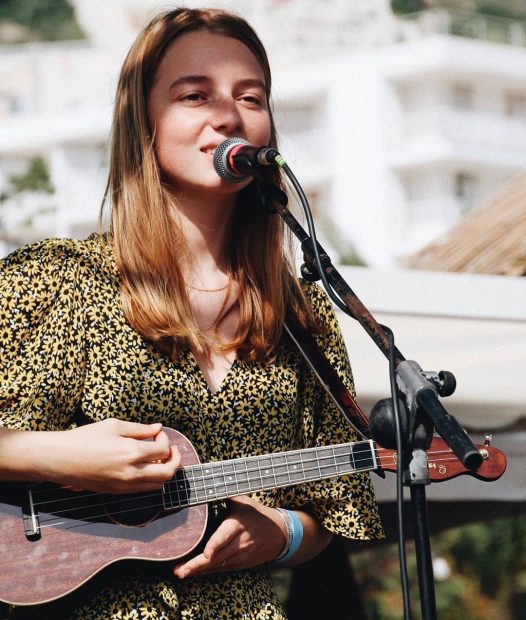 It shows how music can bring the word together, inspiring joy and purpose into peoples lives, regardless of circumstances.

If you haven’t been yet, then be sure to put  Playing for Change Ibiza in your diary for next year. You can keep details via their Facebook page here facebook.com/pfcdayibiza