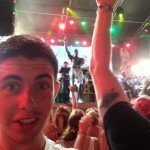 As regular readers of the blog will know, our family passed an important milestone when our son turned 18 this last week.  Here is how he celebrated his birthday (alongside us and friends) on the beautiful island of Ibiza.

Now, as every man knows its traditional to take your son for their first legal pint, so at the stroke of Midnight we entered the Highlander in the West End of San Antonio to share this unique and once in a lifetime experience, we are great friends with Jo and many of the staff here and it seemed a fitting place to start his special day. 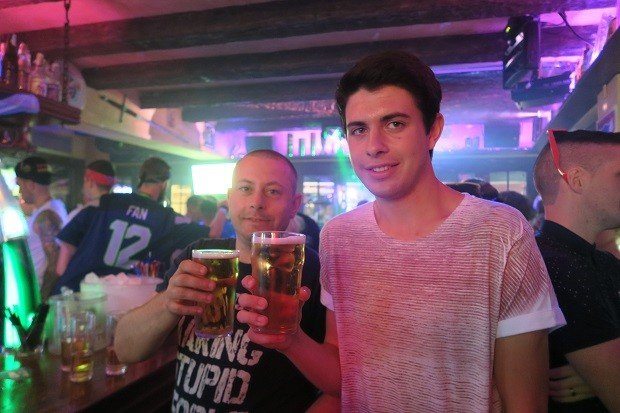 Next after a short walk we caught the Disco Bus to Amnesia for Cream’s Closing Party Part Two. A little overawed initially by the scale of this iconic nightclub he soon got into the groove and especially loved Fat Boy Slim who blew the roof off the Terrace until the early hours.

For him clubbing will never be the same again. We may have ruined him for life, night club wise, but he absolutely loved it – the atmosphere, the characters, the music and let’s be honest, for someone’s first ever nightclub experience you can’t get much better than a closing party at Amnesia.  Topped off by Cream and Amnesia both wishing him a Happy Birthday via Twitter. 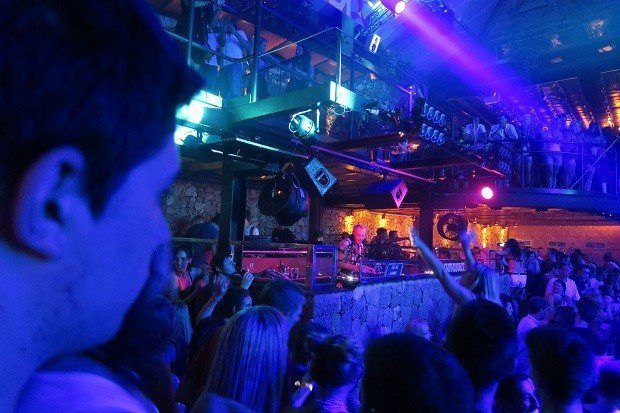 After returning via the Disco Bus, he grabbed a few hours sleep before the daytime celebrations started naturally with breakfast at the Marino (where we always stay).

It was great to share this moment with Miki, Sofia and the brilliant staff who have seen Sam grow and mature over recent years. They laid on a special breakfast including the day’s first birthday cake and a small breakfast beer which was well received. 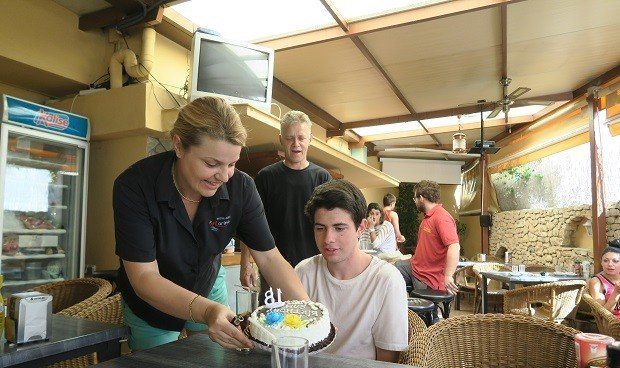 After another quick snooze (much shorter than planned) we took a walk along the promenade catching up with friends we have met over the years all full of birthday wishes and stating how cool it was that he was spending his 18th birthday in Ibiza.

We popped into Ibiza Rocks Bar for milkshakes (well it can’t all be about the beer and cocktails) and a quick snack to keep us going for the evening ahead.

The early evening was spent with Sofi and Vincente from Chilli Pepper Charters sailing along the coast of Ibiza snorkelling, swimming and relaxing. As the sun started to slip beneath the waves birthday cake and champagne was brought on deck and a rousing rendition of happy birthday was sung by everyone on board. 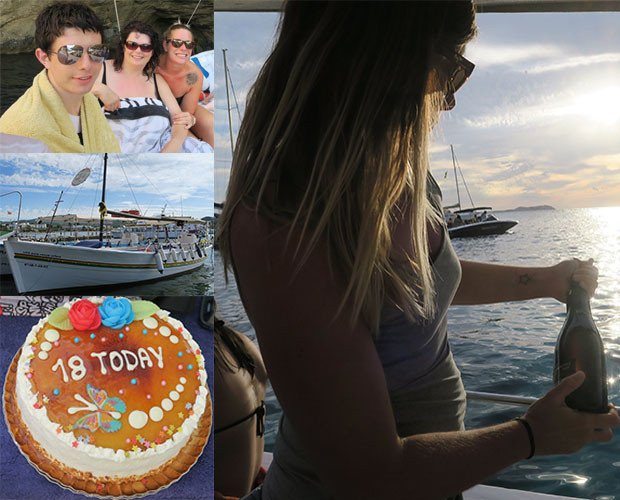 It was a full trip so there was just enough cake for everyone, although we think Sam was a little embarrassed by strangers wishing him Happy Birthday and asking questions about his birthday celebrations.

The sunset was truly divine and one of the best we have ever seen in Ibiza and with a short stop outside the Sunset Strip on our sail back into port it made for the perfect relaxing evening. 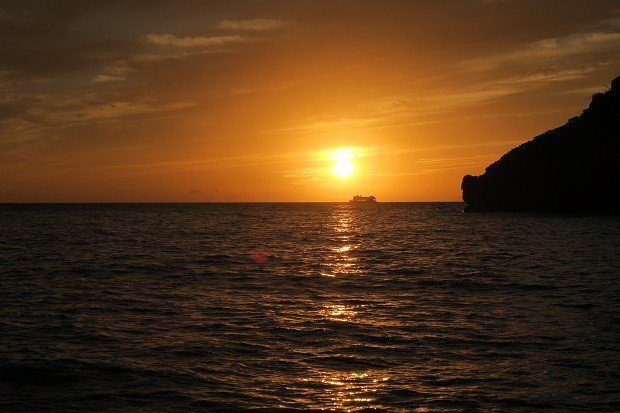 After docking we then went for a meal with our very dear and close friend Sofi who is like a big sister to Sam and we shared great food and great memories of Sam’s previous trips to the island.

As we went our separate ways Adam Craft (vlogger and magician) text to see if we were still going strong, which Sam was whilst we on the other hand were starting to flag slightly so Adam took Sam off to explore the wonders and delights of the West End. 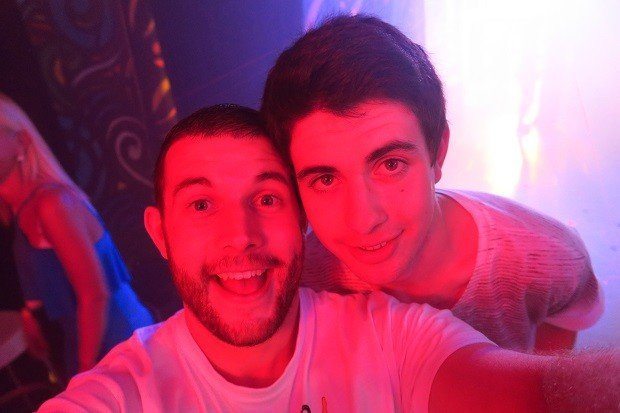 We, however, stopped off at the Gallery where Nick looked after us and kept us awake until Sam’s return several hours later.

He was still standing (very impressed) and I believe those few hours in the West End has given him a great education into the excesses (not his) of modern life, an education which I hope he will learn from the next time he has a big night out as more and more of his mates turn 18 over the next 12 months.

A quick pit stop at Pennsylvania Burger for some much needed refreshment and more beer finally at 4am we all climbed into bed after what has to be the ultimate 18th Birthday Celebrations.  A birthday lasting a full 28hrs packed with memories which will last a lifetime for Sam starting on his own adult journey with a true bang.

I have to say a huge thank you to all those involved for making Sam’s 18th birthday trip so very special; Jo, Amanda & staff at the Highlander, Everyone at Amnesia, Miki, Sofia & staff at the Hostal Marino, Chris, Adam & Susie at Ibiza Rocks Bar, Sofi, Joanna & Vincente of Chilli Pepper Charters, Becky & Tony at Tapas Ibiza, Joe at the Fish Ibiza and my special thanks goes to Adam Craft & Nick Colby for taking such great care of Sam and us over our whole trip not just on Sams Birthday. To Sue from Ocean Mania who has become a good friend over the last couple of years and lastly to all the well wishers from Ibiza be they locals, visitors or workers who all took time to speak to Sam many of whom have known him for several years, thank you x