San Antonio to Ban the Under 40’s 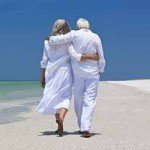 After several announcements in recent weeks to changes in San Antonio Ibiza, this morning we have learnt of a new ordnance (by-law) to ban all those under the age of 40 from the resort.

San Antonio has for years been the major party hotspot of the island, attracting young people from across Europe but it has caused the town problems from noise at all hours to unruly drunken behaviour on the streets.

The Press / media officer for San Antonio Abril Tonto said “For far too long we have attracted the same crowd to the town and we feel it is time we took drastic measures to combat the noise, the drunkenness and the excesses of youth.

So as from today everyone arriving in the resort will have their passports checked at their accommodation and those found to be under 40 years of age will be escorted back to the airport where they may find alternative accommodation elsewhere or return home.”

As with many of the recent announcements we are unsure of exactly what enforcement measures will be in place to deal with this decision but have heard rumours that several buses have been hired as well as civil agents to escort those found under 40 back to the airport at scheduled times throughout the day.

The older residents of the town have come out in full support of the idea and are looking forward to the current crop of nail bars being turned into denture bars and the local hair salons finally stocking blue and pink rinses.

Ocean Beach co-owner Wayne Lineker, who is somewhat older than the new age limit, said “We can change Ocean Beach to accommodate the older generation visiting with lounge chairs instead of sunbeds, serving real ales instead of cocktails and modify our music policy to include classical and opera, although I do have concerns that my partner Danielle Sandhu will not be allowed to stay in the resort being somewhat younger than the new age limit.” 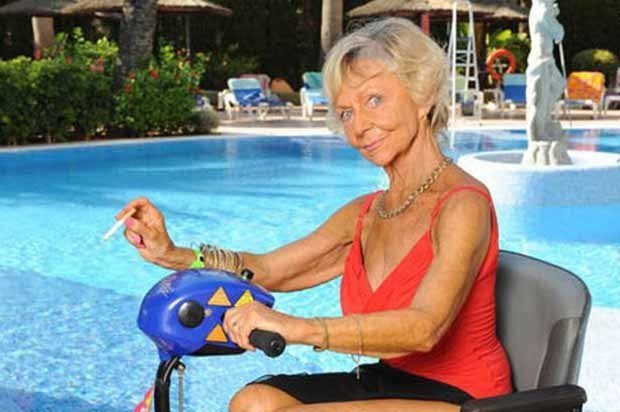 Is this the future look of San Antonio tourism? Picture Courtesy of ITV

Other changes we are told will take place in the coming weeks will include:

Pukka Up boat parties will be re-branded Folkka Up and will no longer have house DJ’s and MC’s performing at sunset but folk music and dance callers.

The West End is to be renamed  the East End and all establishments are expected to show Eastenders, Coronation Street and Emmerdale on a permanent loop instead of international football, serving just tea and cake to its customers instead of the usual beers and shots.

Super Club Eden has already been approached by a major UK firm and is likely to become a Gala Bingo.

All hotels have been instructed to install grab rails at their entrances as well as in all bathrooms and to ensure their lifts are in perfect working order to accommodate the older generation.

We are also aware that all transport hire shops have been asked to replace their quad bikes with mobility scooters as these will now be in much more demand than before.

However, we have already been contacted by a well known luky luky guy who has said if we or any of our friends need fake over 40s ID he will be on s’Arenal beach between 10am and midnight daily and will provide the documents needed at a fair price, so all may not be lost for those of us under 40.

All in all it seems that 2016 is truly a year of change for San Antonio having decided it no longer welcomes the young to its shores.

We look forward to hearing your thoughts on the new ordnance (by-law) below and lastly…..

Happy April 1st to you all, Dia d’enganyar (yes this is an Aprils fools do not panic)