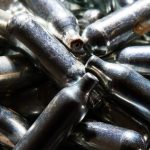 It has become such a familiar sound around the town over recent summers pssssssssst but San Antonio Ibiza have banned NOS, the use of balloons and laughing gas.

The local council today at their monthly meeting have unanimously agreed to make a change in the law to prohibit the consumption of laughing gas, NOS or nitrous oxide in public places.

The existing laws only made it illegal to sell laughing gas but now the end consumer will also be held to account.

Although it will not be classed as a criminal act, it will be regarded as an administrative infraction with hefty fines for those taking or facilitating the use of laughing gas ranging from 750 euros to 1500 euros.

For those taking or facilitating NOS to people under 18 will be a much more serious infraction with fines ranging from 1500 euros up to 3000 euros.

The change in law apart,  this is a serious scourge to the town and has been for many years.  No matter where you are the sunset strip, the west end or along the promenade the same problem exists.

People offering it for sale in plain sight of everyone has created a very bad image for the town, not to mention the unmistakable discarded NOS canisters littering the streets as well as the empty balloons strewn everywhere. 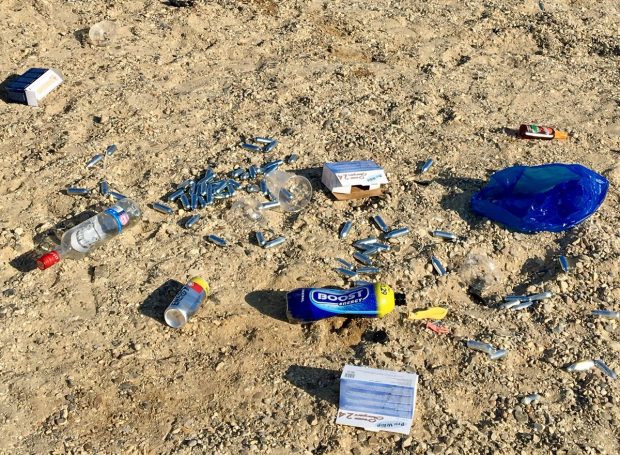 The environmental impact of these little canisters is horrendous from the manufacturing process and despite being made from steel very few places across the world recycle them due to the risk involved with recycling a possible still pressured container which when crushed would explode.

Overall we believe this ban is a good move for the town and whilst it is not likely to come into force this summer due to the way politics work in Ibiza, next summer we will see the streets, beaches, public area of San Antonio free of the sellers and subsequent rubbish left from NOS which is a true blight on the town at the moment.