- Should the beaches of Ibiza be closed for private events? - The White Isle - Ibiza Blog

Should the beaches of Ibiza be closed for private events? 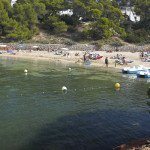 The beaches of Ibiza

This week, as Heiniken prepares to hold a private party on S’Estanyol Beach south of Santa Eulalia to celebrate the Champions League Final on Saturday, the question of whether the beaches of Ibiza should be closed for private events has come to the fore.

This event was held last year and resulted in large areas of the beach being closed off to the public in preparation of the event and whilst the event was on, not only was the beach  completely closed but also the approach road as well.

This week the announcement has again sparked outrage from residents and visitors over the closure of beaches for private functions whether it be for a corporate event, beach party or even a wedding.

There were also several reports recently that Cala Gracioneta had been closed to the public on a Sunday for a wedding a few weeks ago. However it turns out it is only the privately owned car park which is closed not the actual beach itself when private functions are taking place at the restaurant. My thanks to Martin Makepeace for the clarification on this.

All beaches in Ibiza are public spaces and to close a beach for a private event you need official permission.  Although who from does seem somewhat confusing as per this article in Diario De Ibiza (link in English).

UPDATED: Late today it was confirmed that the event has all the necessary permits in place and that free access to the beach will be maintained at all times. Access by vehicle is still restricted but a shuttle bus will run from Plaza de Jesus to the beach provided by the organisers.

Many people took to twitter yesterday using the hashtag #Platjadetots (Beach for all) to protest about these closures and a lively conversation has taken place throughout all forms of social media. 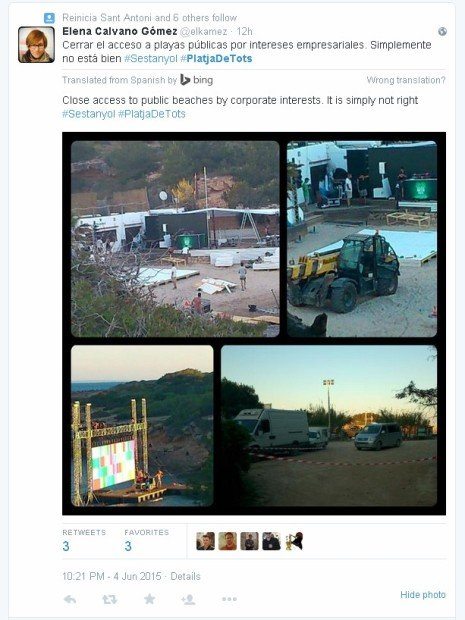 Also some are talking of organising a trip to S’Estanyol beach on Saturday to claim its public use. 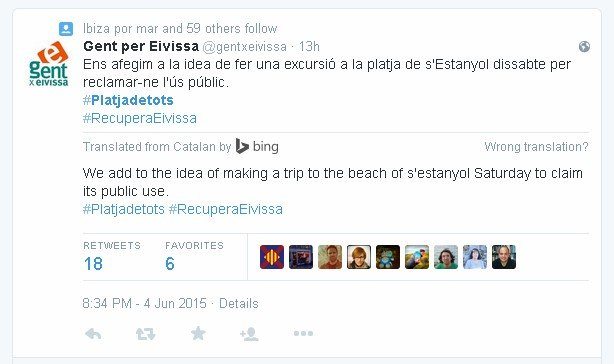 As much as the beaches should be open to all as much as possible, bringing private events to these areas means that local businesses will get extra revenue from providing services and equipment to the events which they wouldn’t otherwise get.

However it is still a highly contested and controversial decision when it does happen.

The question remains should any of Ibiza beaches be allowed to be closed for private functions?