Space Change of Date – Could it Become More Permanent? 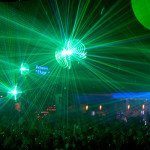 With this weeks surprise announcement from Super Club Space having to move its opening party back a week due to the Municipal Elections, we take a look at the wider picture and possible long term future for that part of Ibiza.

My thanks to those in the know for their enlightening conversation resulting in this my thoughts on the subject which hold little gravity but may make commercial sense in the long term.

So as it is now, Space Opening Fiesta will be held on Sunday 31st of May 2015, the day after Ushuaia’s opening party on 30th May and sets precedence.

With the planned sale of Space to the same company that owns and runs Ushuaia reportedly on the cards (see Danny Kay’s Blog) could this move of weekends become a permanent fixture in the Ibiza calendar?

Commercially it would make sense, as with two big events across the road from each other you could create the ultimate opening weekender.  Re- invigorating the concept and having combined ticketing and accommodation deals.

It also separates Space’s opening from the International Music Summit, which on the surface may look bad, but if you take into account a few other issues it may be quite a shrewd move.

Currently IMS uses Hard Rock Hotel as its base, fully staffed for the 3rd week of May which coincides with Space’s opening, so it’s a good week for IMS and a full house for Space.

Then you get a quiet few days before Ushuaia opens and the season starts to gets into its usual rhythm.

So IMS could still use what is currently Hard Rock Hotel and offer its guests an incentive to stay on for a few extra days for the new mega opening, the following weekend in its luxury and exclusive surroundings.

Ushuaia Hotel and Towers fill up as usual for its own opening and you have the makings of what I remarked as a joke on twitter as the EDM Theme Park.

Commercially you have every base covered, from full luxury down to the cheaper end of the market.  You can book DJ’s for multiple sessions across the whole week if needed.  All the staff are already on site and some can be shared across multiple venues and so on and so forth.

Time will tell what happens, be it a one off change for Space or a longer term plan by those in the know but what is for sure is that the scene along Playa de’n Bossa will change over the next few years but what the results will be, we have to wait and see.