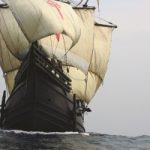 An exact replica of the first ship to ever sail around the world the Tall Ship Nao Victoria is to moor in Ibiza for 5 days in early May.

The Nao Victoria arrives on 7th May, and will be berthed beside the Port Authority until the 12th May as part of its 500 year commemoration of the first circumnavigation of the world.

The ship was built in 1992 and is the only replica of the original, which became the first vessel to successfully circumnavigate the globe in 1522 as part of Magellan’s Expedition.

The Spanish carrack set sail from Seville on August 10, 1519 as one of five ships in the expedition, which aimed to find a new westbound route to reach the ‘Spice Islands’ – now known as Indonesia.

Three years on, the Victoria was the only ship to return to Spain, its remaining 18-man crew unaware they had completed the first ever round-the-world voyage in the process.

The 27-metre long, three-masted replica is an exact copy of the 16th century original with four decks, 290 square metres of sail, and a main beam measuring 6.7 metres.

Managed by the Fundacion Nao Victoria, whose main goal is to educate people about maritime history it is used as an exhibition vessel, acting as a self-contained museum on board where visitors can learn more about the era of the explorers. 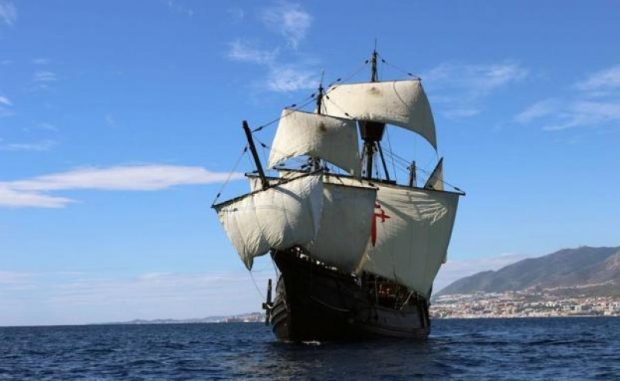 Tall Ship Nao Victoria the first to circumnavigate the world

The Tall Ship will be open daily for visitors to look round on a self guided tour across its 5 decks between 10am and 8pm where you can discover the historical and social context that led to the greatest maritime feat in the history.

You will be able to navigate through the ship via information panels in each area of the boat and talk with the crew, authentic sailors who live today as they did 500 years ago. 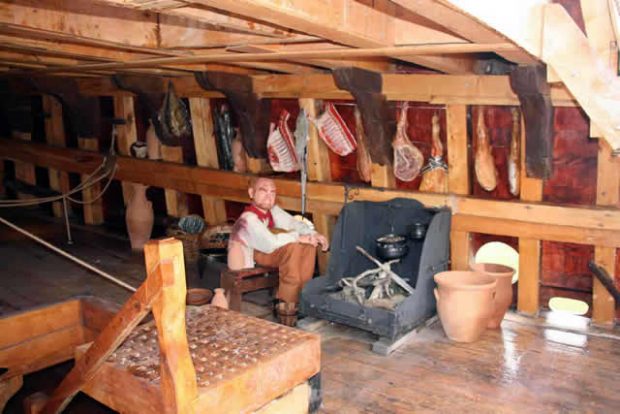 You will have the opportunity to explore this replica historic vessel

Tickets are priced at 5€ per adult and 3€ per child (under 10yrs) with a discounted family ticket of 2 adults and up to 3 children (under 10yrs) at 12€ and valid on any day at any time.

There is no time limit for your visit and the taking of photographs and videos are welcomed.

For more information and to purchase tickets for this unique opportunity visit www.fundacionnaovictoria.org