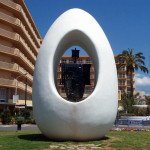 One of the most famous landmarks in Ibiza is the Egg, located on the main roundabout in San Antonio.

It symbolises the local claim that Christopher Columbus was born in the region around San Antonio.

The egg shape is said represent a story that when Christopher Columbus was looking for funding for his route west to the Indies he was told it was impossible.

He then asked if it was possible to stand an egg up on its end to which he was told it is impossible.

Christopher Columbus then proceeded to crack the base of an egg which enabled him to stand it on its end.  He received the funding needing and the rest as they say is history. 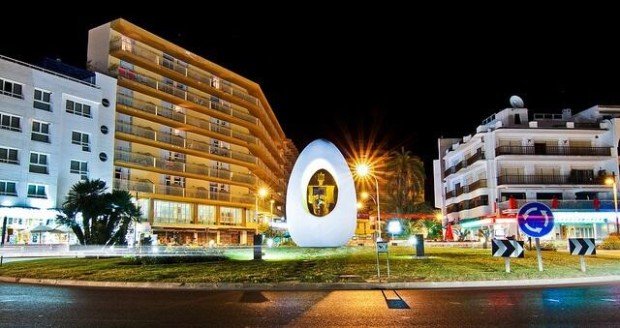 In the center of the statue is a model of his boat Santa Maria.

Since the early 1990s when it was erected, it has become a true internationally known landmark and even has its own twitter account @theibizaegg