The infamy of Pikes Ibiza

In these stranges times many brands, artists and venues are reaching out to their audiences through online streams and virtual events and this weekend saw just how the infamy of Pikes Ibiza strikes again.

So over the weekend Pikes Ibiza, which is undoubtedly one of the island’s most famous venues – an iconic institution in fact, steeped in Rock ‘N’ Roll history and brimming with personality advertised an event for Saturday evening where DJ Artwork would be performing poolside and it would be streamed across social media.

Dubbed the Pikes Cocktail O’Clock show this was the first in what we believe will be a serious of virtual events over the coming weeks.

Little were they aware at the time that their promo for the event would be taken a little too literally.

One of the promo pieces for the event was this video featuring Artwork himself.

Some people misunderstood and started contacting Pikes Ibiza congratulating them on opening and stating they would be on their way.  Pikes then  hurriedly made a video from Artwork himself which was released on social media clarifying the misunderstanding.

The live stream went ahead on Saturday as scheduled,  enjoyed by many thousands (don’t worry you can relive it  here on the Pikes Ibiza FaceBook page),  but the story doesn’t end there.

On Sunday Artwork released another video on social media  – an apology for the confusion it had caused and the unexpected turn of events that occured during the show – all thanks to the amazing use of modern technology it seems.

We shall let Artwork himself explain.

It has to be said as much as in these strange times confusion reigns supreme, as we all still wait to see if there will be an Ibiza season or not this summer, in any form that Pikes Ibiza still manages to continue its infamy even when physically closed. 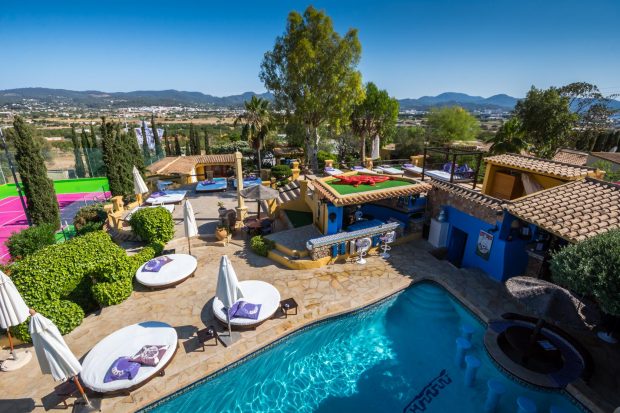 The infamous and beautiful Pikes Ibiza