- The Language of Ibiza - The White Isle - Ibiza Blog

The Language of Ibiza 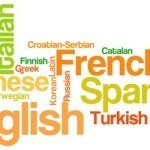 The Language of Ibiza

Whilst the official spoken and written language in Spain is Castilian.  In Ibiza the official language is Catalan with a regional dialect called Ibicenco or Eivissenc (mainly in Ibiza Town or Eivissa to give it its correct title).

Now this does cause some confusion from time to time, especially with place names and sign posts, however, most are similar enough to work out where you need to be and there is an excellent guide on Ibiza Spotlight to place names and road signs.

On a day to day basis, when on holiday or living in Ibiza you will find that many hotels, restaurants and shop owners speak very good English as well as German, Spanish and Italian so there is no need to worry about not being able to speak Catalan or Spanish (widely used) when visiting –  it really is a multilingual island.

Saying that, however, I would urge people to learn a few basic phrases of Spanish (Spanish rightly or wrongly is understood by nearly everyone in Ibiza) before you go for two reasons:

Firstly its polite to at least try.  Yes you may (as I have done many times) make a complete fool out of yourself, but we feel that when in any foreign country we should at least try to speak the local language.  Just because we are British it does not mean we should not try to communicate to locals in their own language.

Secondly I believe it is deeply appreciated by the locals who will see that you are trying to talk to them in their own language, this applies to any country you visit and not just Ibiza.

Now no one is expecting or asking you to be able to hold a full conversation in either Catalan or Spanish but simple phases like hello, good morning, how are you, thank you, etc is a great start.

We have found a great page which gives you the basic phrases including pronunciation which can be found here.

At worst you will make a fool out of yourself,  but at least you will  have tried.  And at best you will gain the respect and appreciation of the locals and hopefully won’t  be seen as an arrogant brit shouting English to make themselves understood (sadly that is the view some countries have of us overseas, and to be fair we have personally witnessed it in many places).

Some people think that the louder you shout in English the more the locals will understand you well I’m going to pop that bubble now, this simply isn’t true.

Can the Ibicenco people help us with the language too?

As further thought on this subject I do feel that we British are at a huge disadvantage when it comes to foreign languages in general.

In schools within the UK we are usually only be taught one extra language.   And whilst primary schools dabble, languages are not taught in full until secondary school (from 11 years old) and this has only just been made compulsory.

Spanish has only recently in the last few years begun to be taught in UK state schools with French or German being the previous option.

In fact our youngest who has just started secondary school was given a choice of which language she would like to learn and was given the choice of several of which we were pleased to see, Spanish was included, and of course that was the language she has chosen to learn.

However, in Ibiza children are taught Catalan, Spanish and English from an early age (sometimes as early as 4 or 5).  So by the time they are old enough to travel abroad they are extremely well versed in other languages – and we are not.

In addition to the learning of different languages the majority of Ibiza is tourist focused and therefore it is far more important to the locals to be able to speak several languages to help them with their businesses, and therefore, the knock on effect is that their own children and families hear different languages more and I have no doubt pick it up much easier than we do as our exposure to other languages is extremely limited.

I would say though in the writing of this blog, as much as there are electronic translations available (this blog uses one), at times they are not always accurate and for information on events and activities we have struggled from time to time to get a useful and accurate translation to pass onto those visiting the island.

I am aware that this is a hotly contested subject across the island but I do feel that when events are held  such as fiestas, cultural or historic events, where leaflets or guides are produced that it would a positive step to include English, German and Italian translations especially for outdoor events in public areas or events that those on holiday may find interesting and worth visiting or taking part in.

It doesn’t have to even be in printed form, but putting translations on the website containing the information would help immensely and allow visitors to book holidays on the island to coincide with such events as not every visitor wants to party hard.

Of course there has to be a line drawn as to how many languages information is produced in and I know some may feel this is a step too far in pandering to the foreign visitors yet again, but with all the talk of wanting to attract a more mature and cultured tourist, advertising such events in several languages may go someway to achieving this aim over the coming years.