- The Month of May in Ibiza - The White Isle - Ibiza Blog

The Month of May in Ibiza 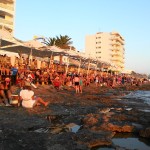 The 1st of May is upon us and the countdown has started with everyone and everything moving at great pace. The last minute touches are being applied to the hotels, bars and restaurants.

The villas have been opened, their bars restocked, pools cleaned and carefully refilled ready for the first guests of the season.

It’s not a sense of panic you can feel but a sense of optimism for the coming months. Bookings are up and the exchange rate favours the British.  The line ups have been announced and the billboards are plastered with both new and regular Club Nights.

The boats in the harbour are back from their spring maintenance ,with just a dab of paint here and there needed before they set sail back and forth across the Bays and out to sea carrying their excited passengers.

The first summer season workers are arriving, their NIE numbers in one hand and their excitement in the other.  They scurry about looking for that elusive job which will see them through the greatest summer of their lives.

We are all touching base again with one another via very shortly worded emails, as is the nature of early May and the odd garbled voicemail being left as having a full blown conversation at this time just isn’t in anyone’s schedule.

The beaches and streets are being cleaned; the sun beds and parasols are brought out of storage and take their place on the sand.  New menus are finalised, staff are trained and the first reservations are taken.

The next few weeks will see the summer flight schedules kick in and although there have been a few tourists around the resorts since March the influx is about to begin in earnest. 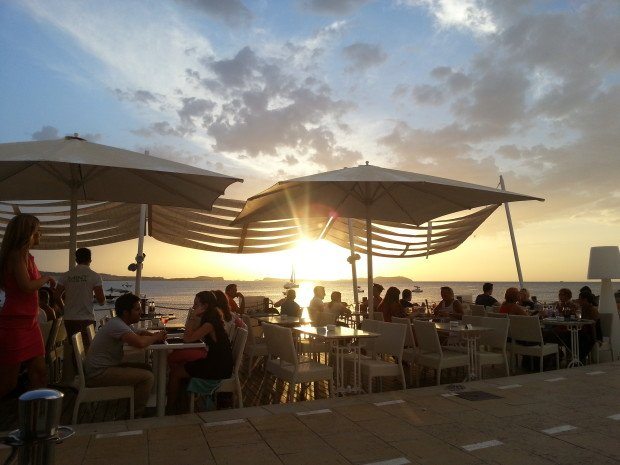 We all love this time of year, even though it feels like no one ever stops; it’s the preparation for the summer ahead at this point that makes all the difference between an OK season and a great one.

Once the season is underway everyone soon settles into the daily pattern of life, working out what, where, when and how it will be for the forthcoming months ahead.

May is an exciting and this year a very optimistic month.  With the elections coming up it seems that a new guard will take power.  We all hope for the greater good of the resorts and the island but do spare a thought for those canvassing votes as the chances of them actually getting more than a few words with anyone is remote.

The next big milestone will be the Sunset Strip coming to life in full. Mint Lounge has been open for a few weeks receiving a steady stream of sunset lovers and those making the most of a last few evenings of quiet reflection. As the other bars open along the strip the visitor numbers will grow and the usual organised mayhem and madness will begin in earnest.

Then before anyone knows it IMS and the Opening Parties will start with the last real chance to make any changes and tweaks before we are in full flow until the end of September when we all start to slow down again and take stock of Summer 2015 which looks to be the best yet.

tagged with Ibiza, Ibiza in May, month of may