The original Super Club of Ibiza 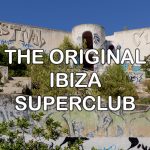 The original super club of Ibiza

As the tourist boom of the 60s took hold the original Super Club of Ibiza was designed and built in the hills above San Jose.

At that time tourists arriving on the island were bused around and were a very captive audience, opening up much needed new opportunities for astute businesses across the island.

From researching about what many know as The Festival Club work originally started on the complex in 1969 on the hills above San Jose, which sits on the old road between Ibiza Town and San Antonio.

After building a road through the pine forests to the site it took 3 years to finish building the complex, complete with bars, a restaurant with a huge outdoor terraced seating area, an amphitheatre, an outdoor dance floor and several indoor spaces perfect for dancing the night away.

Opening in 1972 tour operators would bus their captive holiday goers up into the hills each evening to enjoy, great food, performance art, mock bullfighting and of course the music until the early hours where they would be bused back to their accommodation. 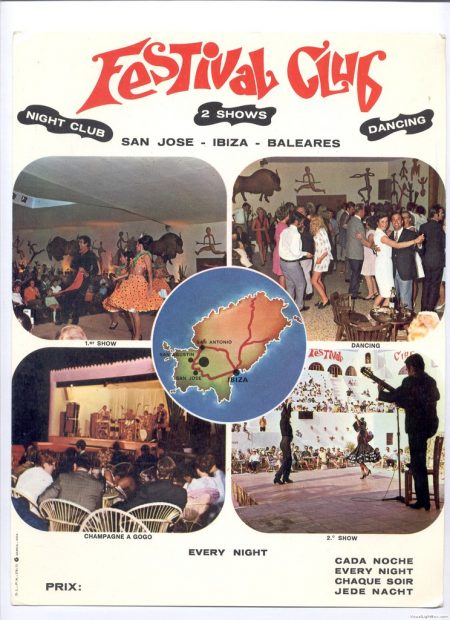 An original Festival Club poster showing the festivities on offer

The package holiday was a new phenomenon but with the growing oil crisis in 1973 pushing airfares up less and less package holidaymakers came to Ibiza and with rising costs and growing debts The Festival Club closed in 1974.

Several attempts were made to reopen the venue, but alas to no avail, and it has since been left abandoned with nature slowly reclaiming the site back.  Today it is a crumbling reminder of what once was. 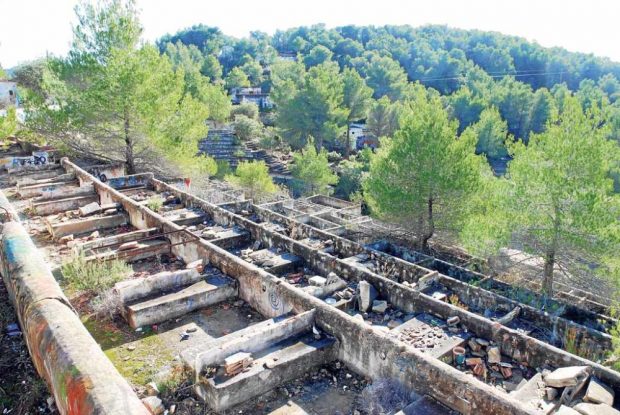 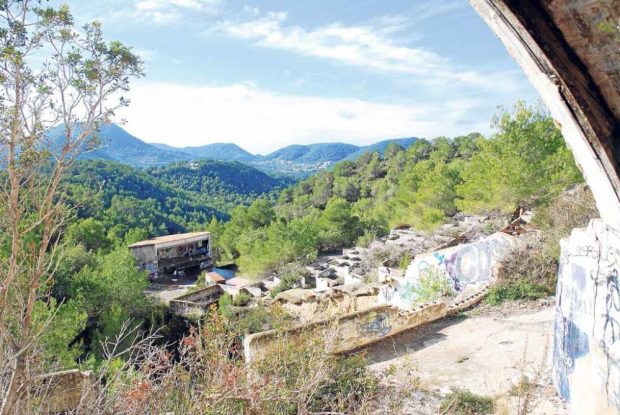 An aerial view shows the layout of the complex with it’s mock bullring and amphitheatre, the terraced restaurant seating area with the dance floor and open air stage below with a small dance floor. 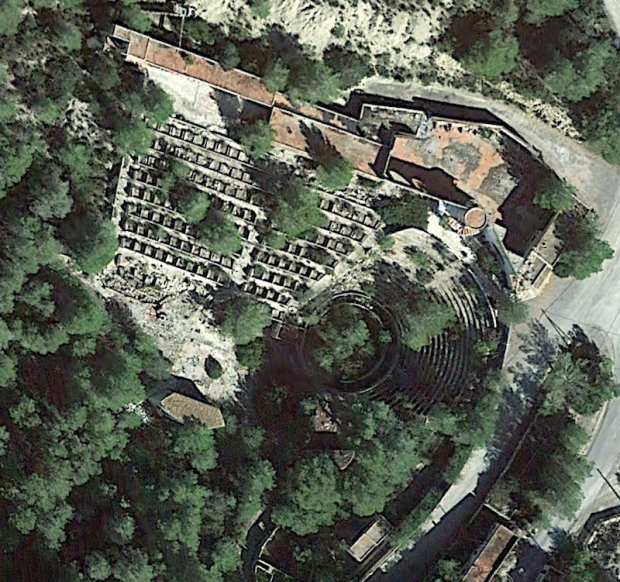 Inside the main buildings you can still make out the main dance room, the stage and where several bars would have been placed as well as the main entrance. As with many abandoned buildings in Ibiza the artists of the island have made their mark and it is now a graffiti artist’s paradise.

Nowadays it’s a popular venue for promo videos and photoshoots as the fantastic graffiti gives that truly urban edgy abandoned feel much loved by many of the modern brands. 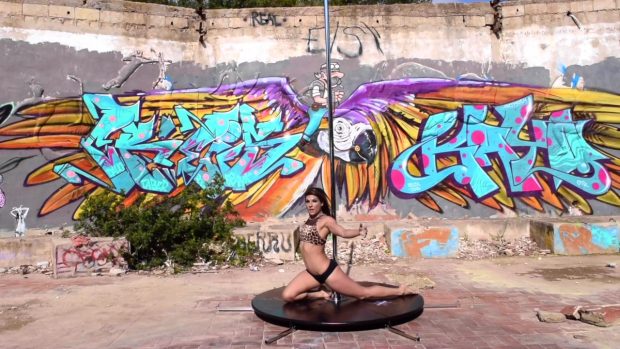 The Festival Club today is used for promo videos and photos, this is from Pole Fit Ibiza

Throwing back to the early 70s this must of been an incredible venue, something the island had never seen before and despite looking and asking everyone we have yet to find any videos of its glory days although a few pictures do exist. 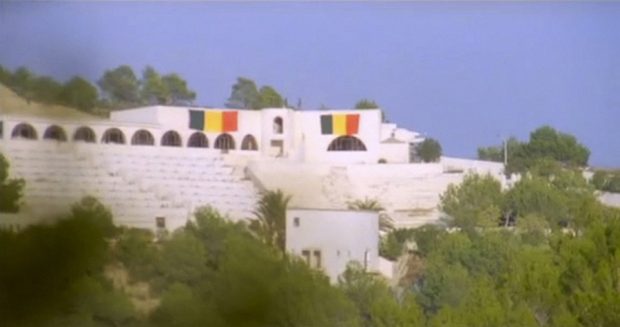 How the Festival club looked originally shortly after it closed 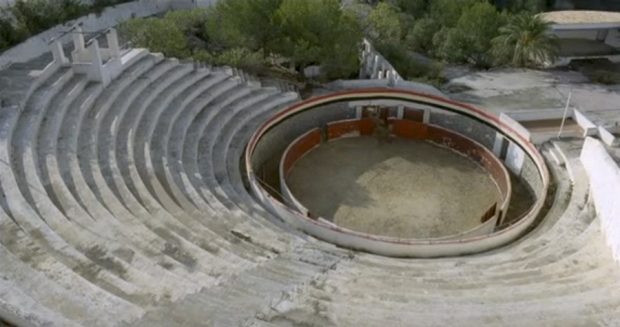 The amphitheatre and mock bull ring at the Festival Club

One of the myths and legends is that Bob Marley played here and although we cannot categorically say he didn’t visit the site, he definitely did not hold a concert here as his first visit to the island was in 1978 by which point the site was abandoned and somewhat forgotten.

It is amazing to think now that only a few years later the likes of Pacha and Amnesia opened on the island, both who are still going strong to this day. 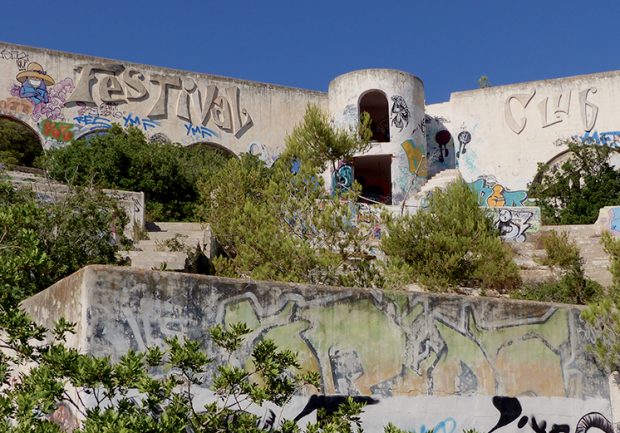 If not for a few years we could all be taking the discobus to the hills above San Jose and partying while the sun sets across the island at the Festival Club.

You can still visit the site today but we suggest going with a tour or a guide as the locals are very protective of the original Super Club of Ibiza.