Where to watch the World Cup in San Antonio Ibiza 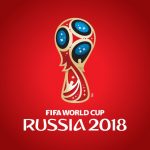 This week sees the start of the biggest football tournament in the world and here is our guide to where to watch the World Cup in San Antonio Ibiza, so you don’t miss out whether you are on holiday or working the summer in San An.

As much as many bars will show the games there are several bars which provide the perfect atmosphere all surrounded by like minded fans enjoying the world’s best football.

With the tournament being held in Russia this year all the games are on at sensible times and will kick off on Thursday the 14th June at 3 pm Ibiza time with the hosts taking on Saudi Arabia.

Possibly the most famous bar is Lineker’s Ibiza owned and named after Wayne Lineker the brother of England’s Gary Lineker possibly our best world cup player to date and the only Englishman to be awarded the golden boot in history.

Lineker’s is situated on the promenade beside the main beach in San Antonio S’arenal and is just 5 minutes walk from the Egg Roundabout, head in the direction of Ocean Beach and you cannot miss it.

Offering one of the best atmospheres it is the true gathering place for football and sports fans alike in Ibiza with multiple screens with viewing inside and outside with great priced drinks.

Moving into central San Antonio we highly recommend The Fish Ibiza where many of the summer workers choose to hang out and it is known for its football following with Joe the owner being a true and passionate football supporter. 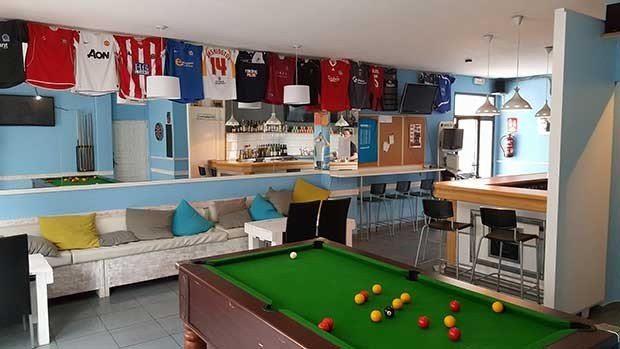 It also has the huge bonus of an outside lower terrace with screen and upper terrace with pool so for those in your group, other halves can soak up the rays while you watch the games enjoying some great drinks and extremely well-priced food. 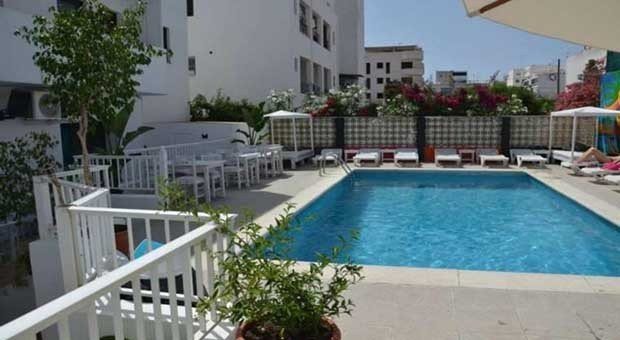 The Fish Ibiza is located just inland from the top of the West End on Carrer de Santa Rosalia and is the place to be when England kick off their World Cup Group games on Monday the 18th June at 6 pm against Tunisia.

Many of the bars in the West End will be showing the games and as we have found in previous World Cups and Euros the atmosphere here is electric with people of all nations gathering to share their footballing passions.

Our pick of the best is Shenanigans and the Highlander where the Scots and Irish will no doubt gather to support England on although be ready to take some stick if England let the side down. 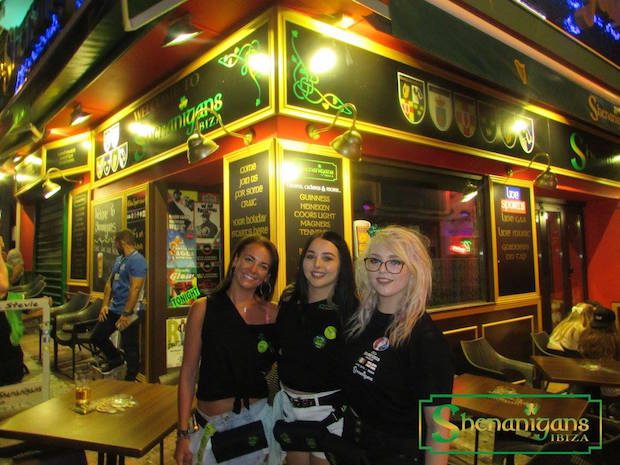 Shenanigans in the West End is a great craic

Also with the changes to the West End this year this will be a great time to show your support to those bars you love who are sadly all facing more of a struggle than ever with the reduced opening hours and limitations to their terraces.

Sadly with only one home nation in the competition, this year it’s down to England to produce the goods and here is the match schedule all times are for Ibiza add 1hr for UK.

After this and all being well and England gets through the group stages the next game would be either be Monday 2nd July at 6 pm or Tuesday 3rd July at 6 pm depending on our group finishing spot.

With the group winner game being held on Sunday 1st July at 2 pm or if they are group runner-ups on Saturday 30th June at 6 pm.

So don’t miss out on the World Cup in San Antonio Ibiza and go to one of the great bars above and enjoy the atmosphere and spectacle while sharing every touch of the ball goal and near miss.