- Why is there seaweed on the beaches around Ibiza? - The White Isle - Ibiza Blog

Why is there seaweed on the beaches around Ibiza? 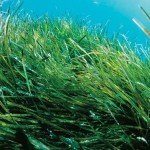 From time to time you will see masses of seaweed washed up on the beaches of Ibiza. It is in actual fact not seaweed but a plant which has adapted to living under the ocean called Posidonia Oceanica.

More commonly know as “Neptune Grass” it grows in meadows under the sea throughout the Mediterranean.

Off the Ibiza coastline there is a huge meadow of “Neptune Grass” measuring over 5 miles across which is an estimated 100’000 years old.  You will also notice much smaller ones scattered around which you see when swimming and snorkelling. 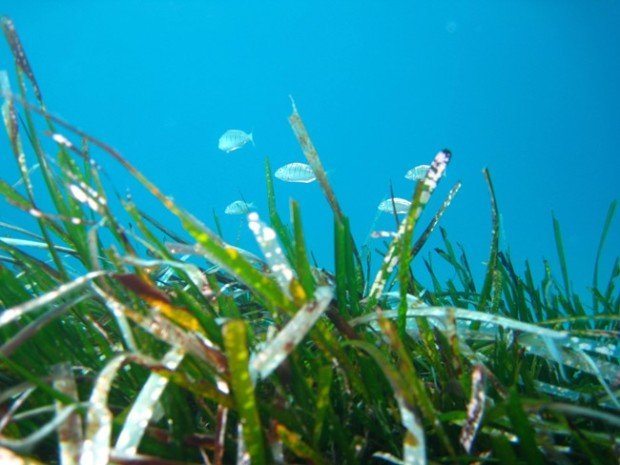 When growing beneath the surface its roots provide stability for the seabed by compressing the sand and binding it all together, a lot like normal grass does.

The leaves which can grow up 1.5m long provide food and sanctuary to larvae, invertebrates and many fish species.

It also helps to control the flow of the current and the sediment in the water keeping the sea beautifully clear.

During storms the old outer leaves detach themselves from the growing plant and become washed up ashore. 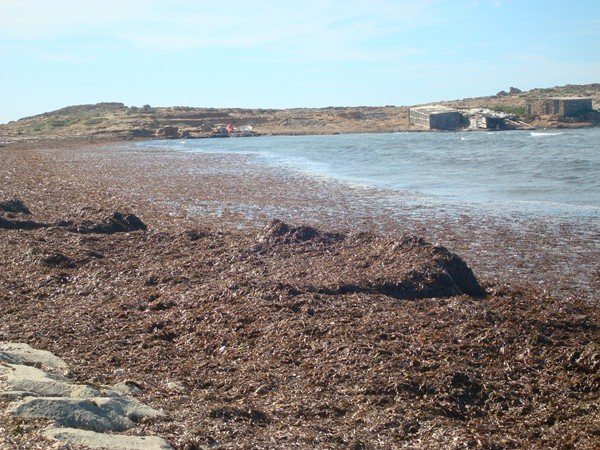 Posidonia Oceanica washed up on Formentera

This is just Mother Nature’s way of providing a natural buffer from the waves and preventing the shoreline from eroding into the sea.

You may also notice small brown balls of what looks like matting.  This is the fibrous remains of the plant which gather themselves together in the constant rolling of the sea and are called Egagropili.

Previously seen as a waste product for many years, now with modern techniques people believe they it may become a great insulation material for buildings.

See here for more information on its use as an insulation material.

Due to its very slow growth (1 -2 cm per year) and only a limited number of seeds developing, it is estimated that it is disappearing at a rate of 1 – 2% per year and it has now been given protected status under both EU and Spanish law.

So the next time you walk past a clump of what looks like rotting seaweed don’t look down at it in disgust look at it as the protector of the Mediterranean.

Keeping the seas beautifully clear, giving it life and protecting the beaches we all so love, it is a true treasure of the seas. 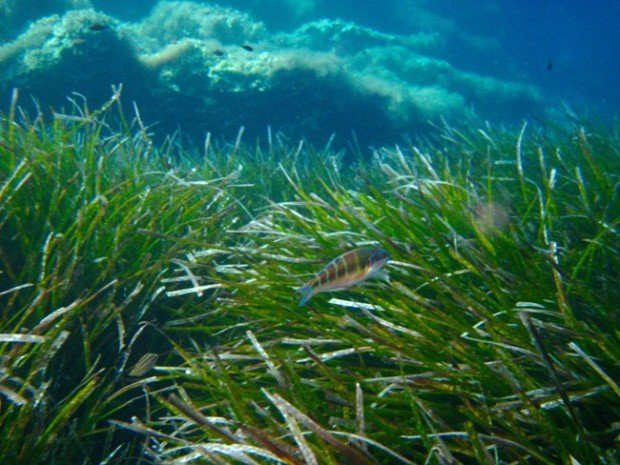