- A winter trip to Ibiza - The White Isle - Ibiza Blog

A winter trip to Ibiza

This week we embarked on our first ever true winter trip to Ibiza something that we have been wanting to do for many years.

We took the 4-hour drive from home to London to catch the only direct flight to Ibiza from the UK in the winter with British Airways.

A little more classy than the budget airlines with bigger, comfier seats, complimentary breakfast and a quiet flight with a true mix of passengers from families to OAP’s and everything in between.

Once we arrived we booked into to our favourite hotel the Marino in San Antonio which is thankfully open all year round.

The weather this week has been amazing and we are told it has been unusually good for January although I am starting to feel that anything you are told about Ibiza in winter by the locals has been embellished.

Why you may ask? Well oh my, the island is truly amazing.  It’s not as quiet as everyone says, there is far more open than anyone lets on. Ok its not mid August by any stretch of the imagination but there isn’t tumbleweed blowing across the roads either.

We have had no problem eating out.  Although on Monday evenings many restaurants do close there are plenty of shops open in San Antonio and more in Ibiza Town, as well as lots of local bars and coffee shops. 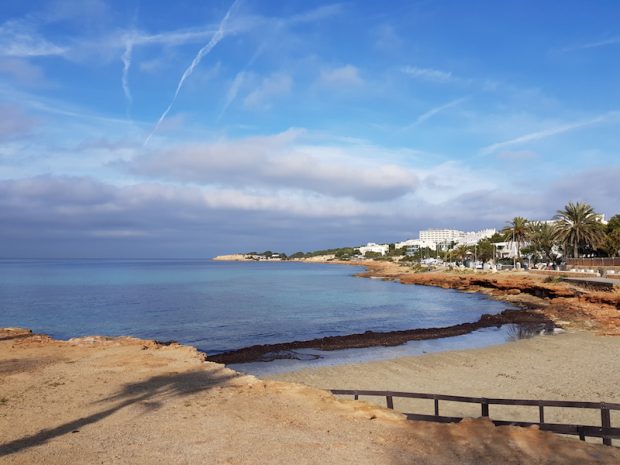 Driving around visiting and exploring new beaches and places, more blogs on these coming soon, has been a total pleasure and for long stretches in the north of the island we went many kilometres without seeing another moving vehicle.

The sunsets are still incredible as they are in the summer although it does get a little nippy after the sun goes down, but that it is to be expected, if you find the right deserted cove you could easily sunbathe.  It has been 18c whilst we have been here and we have seen a couple of hardy swimmers taking a dip (we did not venture in, way too chilly for my liking). 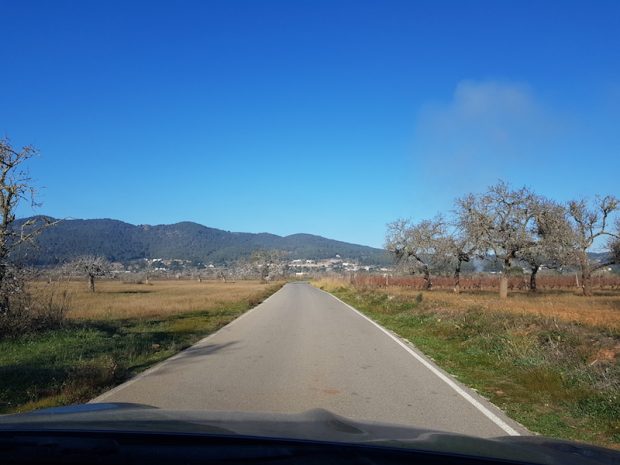 Driving and exploring is a true pleasure in winter in Ibiza

We have seen a few boats out and about, paddle boarders, endless cyclists and walkers which is what the winter here seems to be about, getting out and enjoying the island when its quiet.

Nightlife wise its not like the summer far from it but even in January, there are 3 English bars open, The Fish, The Ship and the Social on various evenings. While we have been here Eden opened its doors for a party and we have had an invite to a birthday party or two.

It has been a little odd walking down past the sunset strip as it is all boarded up and past other well-known summer haunts, Ibiza Rocks, Ocean Beach and the like but this is winter and the island has a much more relaxed and laid back feel. 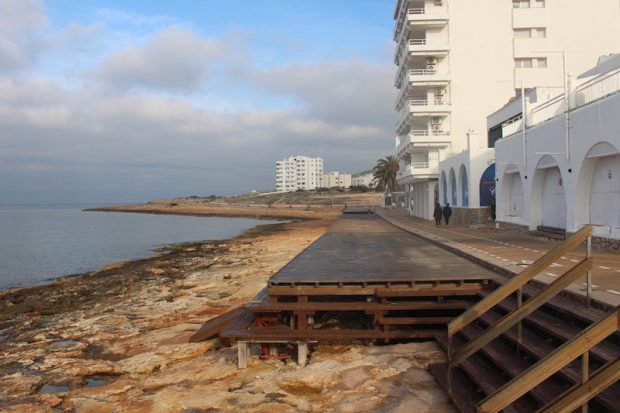 The locals and summer workers are having some well deserved time off enjoying the island for themselves and who can blame them it is so beautiful and pretty.

We visited Santa Agnes to see the early almond blossom, took a boat from San Antonio to Santa Eulalia for its winter repairs, explored the island by car, visited loads of deserted beaches, did a little shopping and ate and drank well. 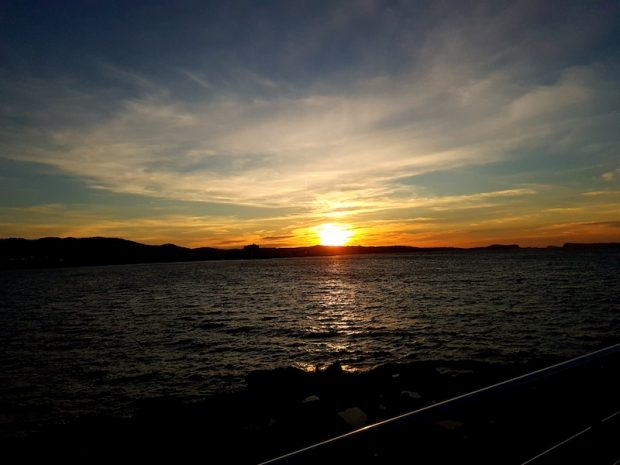 The winter sunsets in Ibiza are still as spectacular as the summer.

We will have many more blogs over the coming weeks about specific adventures of this trip but for those looking for a winter trip to Ibiza, we would highly recommend it, yes it’s quieter and more laid back than the summer but it is if not so much more beautiful.